A Beginner’s Guide to Feng Shui

A Beginner’s Introduction To Feng Shui

With a history dating back over 6,000 years (with some research suggesting much longer), the Chinese system of Feng Shui is not only one of the most recognisable alternative therapies / techniques in the world, but it’s one of the oldest and most widely used.

Revolving around the belief that you can receive good, positive energy to help you with everything from wealth through to relationships, whilst Feng Shui is widely practiced, its true meanings, techniques and processes are very often misunderstood.

And here we’re going to help give you a clear understanding of not only what Feng Shui is, but how you can benefit from practicing even just some of the most basic of principles.

Essentially the process of aligning buildings and the objects within them to help improve various aspects of life through the receiving of chi (known and written traditionally as ‘qi’), Feng Shui literally means ‘wind water’, which is a summarised version of the phrase “Qi rides the wind and scatters, but is retained when encountering water”.

Not just simply a personal or individual process, Feng Shui was traditionally used by architects when designing buildings and many structures today, particularly in Feng Shui’s home of China, are still designed and built with several key concepts in mind.

Take the former Repulse Bay Hotel building in Hong Kong as an example.  Now a residential building, it has a large hole through its centre which is said to allow for wind – and therefore chi – to pass from the harbour through to the mountains beyond.

Its use can also be seen outside of China, however – famed businessman Donald Trump is known for hiring a Feng Shui master to help with the construction of his buildings, after comments made from several Asian clients.

As complex as Feng Shui might appear to someone who isn’t an active practitioner, it is in actual fact based around just three theories – the flow of qi is one of them and arguably the most notable, but polarity and bagua also play important roles to truly benefiting from the system.

With polarity, which is known more commonly as the Yin and Yang theory, the idea is to balance the energy that certain objects – or elements (of which there are five – earth, fire, metal, water and wood) – exude, whilst bagua draws on traditional diagrams to assist with the location of not just specific items within rooms, but with rooms themselves.

For example, a bagua map, when placed over the blueprint of a house, will detail where a specific room should ideally be placed or conversely, where it shouldn’t, based on energy areas.  The area for wealth, for instance, shouldn’t have any room located within it that has a drain (such as a bathroom or kitchen), as it would be believed that whilst wealth energy would be able to enter the room, it would also very easily be flushed away.

Seeing a surge in popularity in the Western world in recent years, although its principles can apply to buildings, it has become common place for many people – not necessarily regular, active practitioners – to take on-board several Feng Shui principles, particularly in the bedroom.

And to show its potential benefits in this instance, a simple moving of your bed can prove to have a tremendous positive impact on your day-to-day life.

With the position of the bed in relation to the door more important than its compass direction (something that is seen as a break away from the norm in Feng Shui), by moving your bed so it’s in the furtherest location away from the door possible, Feng Shui teachings explain this will give you more control over your life (related to the appearance of more space in your bedroom) and make you more able to react and make better decisions (relating to the fact that if someone enters through the bedroom door, the further you are away, the more time you have to respond to a potential event).

Feng Shui can be described as the way that we, as humans, interact with our surroundings.  Whether it’s in the form of an entire building or simply the way a piece of furniture is located, the ideology is that the correct placement of our surroundings will not only help us to live a more fulfilling life, but it will help us to succeed in a variety of ways throughout our lifetime.

As with many holistic and alternative therapies, Feng Shui is easily misunderstood, but the simple fact is if you take the time to learn about it fully, you’ll find you’re able to see some wonderful benefits you’ve never experienced before – and are unable to experience outside of it. 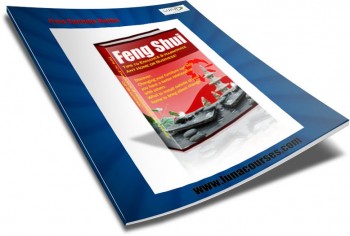