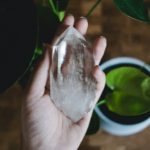 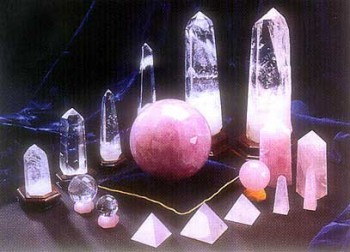 A crystal is a mineral that is nearly transparent and colorless or has a slight color. Practitioners of crystal healing believe that crystals, particularly quartz crystals such as amethyst or clear quartz, contain energy that enhances healing of both body and mind. They believe that crystals can be “charged” with this healing energy, in a manner similar to the charging of a flashlight battery. The charged crystal can then be used to alter the energy patterns in the person receiving treatment. Some crystal healers also say that arrowheads and Aboriginal, shamanistic cultures throughout the world, including Native Americans and the Inuit of northern Canada, have long believed in the healing properties of semiprecious and precious stones. These views were further developed and widely popularized during the late twentieth century by New Age healers.

Crystal healing is used to enhance healing of a wide range of physical and mental ailments. For example, amethyst is said to be useful against acne, atacamite against venereal diseases, agate against ulcers, and lapis lazuli against stroke symptoms. Crystals may also be used to counter environmental hazards such as electromagnetic radiation, food additives, and polluted air and water. They are thought by some to minimize the detrimental effects of caffeine, tobacco, and alcohol. In addition, some practitioners use crystals before and after surgery to minimize trauma.

Although its effectiveness is disputed, crystal healing is generally safe and inexpensive. Crystals are used in a wide variety of ways. The best results are said to occur when both the patient and the healer are holding crystals. The healer may hold a stone in one hand while using the other to touch the body part in need of healing. Crystals may also be worn as pendants (this is said to be particularly effective in treating thymus gland problems). Appropriate stones can be selected, healers say, by simply picking up various crystals and determining which ones seem to harmonize with the frequencies of the patient’s body. This may be indicated by a feeling of warmth or tingling. Some healers work solely with crystals while others combine them with aura or chakra work.

Numerous techniques are used to prepare crystals before therapeutic use. One such technique is clearing, which involves using an invocation to remove negative emotional energy from the stone. Another method is cleansing, which is said to maintain the crystal’s existing energy level but converts negative energy to positive. This may be accomplished by immersing the stone for a minimum of 24 hours in dry salt or saline solution. Crystals can also be charged, like a battery, by exposing them to running water, magnets, sunlight, moonlight, pyramids, fire, laser light, or living animals, birds, fish, or plants.
Some practitioners attempt to charge stones by putting them near a mother who is giving birth, or someone who is dying. Crystals have been wrapped in a newborn’s placenta, then given to the child seven years later. Gem stones that have been near meteorite fragments, earthquakes, volcanoes, or trees struck by lightening are also highly valued for healing properties.

Some healers believe that healing crystals can be programmed with human thoughts. This may be done by placing a crystal against the forehead, then visualizing a desired outcome.
Crystal healing is largely viewed as an enhancement to other therapies. It should not be used exclusively in cases of serious illness.There are few, if any, proven side effects to crystal healing.

Crystals in the Medical Profession

Medical professionals place little credence in crystal therapy, attributing any observed benefits to placebo effect . Their skepticism stems from a lack of scientific evidence for the healing effects of crystals, and from differences of opinion among practitioners about how the therapy actually works, but it is known that they do and have worked.

We offer practical advice when you get started in your new profession in holistic therapy, tarot and palmistry reading, how many other course providers offer that service.  We operate a 7 day money back guarantee if you are not happy – we are that confident about our products.
So why not train today in Aromatherapy, Angel and Crystal Therapy, Professional Tarot and Palmistry reading, Crystal and Reiki Healing today.  It is an opportunity to earn extra money in something you love to do – or even start a new full time career.  The earning potential is so great; it is fact that today many people prefer less traditional methods of medicine and advice.