Angel Therapy to help with Grief

how using a professional angelic therapist can help

My client is a therapist in Kinesiology & we have known each other for over 7 years.  She absolutely loves Holistic Healing & Angel Therapy.  She has been to many Angel Therapist before & often uses it for many areas of her life.  She was so excited to hear I was doing my Advanced Angel Therapy Course.

Client was very happy to come see me & get a session done for a particular area in her life which she has been trying to work on for a few months now & she wanted to see if she could go in pretty deep with the Angel Therapy Session.  I asked if she was open to connecting with the Angels through Angel Magik Ritual which will give her a clear insight into some answers she might receive during & after the Ritual.  She was very happy to go ahead.

The main reason why Client wanted to see me for an Angel Therapy session was because recently a dear friend of hers had passed away from Cancer & she was having a very hard time dealing with the grief.  She was unable to comprehend the concept of death & dying.  She wanted to know if her dearest best friend was in a better place, was happy & if there was some way she could get some kind of message to know or feel this to help her deal with the grief.  At the moment it felt numbing & she would get small periods of grief coming through especially when she read about people dying, watching a sad movie with dying or if she really focused on her friend.  Other than that she felt numb & didn’t feel she really was connecting with how she was supposed to feel deep down in her heart.  Her emotions over the past few months were also moving from numbness into depths of severe anger due to the injustice of the what her friend went through with the suffering of the cancer & dying when she wanted to do so much with her life.  Client was beginning to lose faith in her connection to God, the Angels & Hope.  This was affecting her own life because when she was with her family she was either absent mentally or really angry & yelling at everyone.  She knew she needed to do something because it was out of character & getting out of hand. 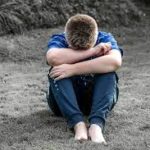 As I was listening to her concerns I took note of the areas that Client kept repeating in her conversation to know what would be good to deal with.  After she finished she asked me what I thought about it all.  I asked her how she felt about working on the following areas today?

Asking questions of my client

I asked if Client wanted to know anything else or to add anything to the list, she thought about it & said yes, she would also like to know what she could do to honour her friend in this lifetime.

I said they were excellent areas to add also.

I asked Client if she would also like to write a letter to her Angels & her Friend so that she can express herself clearly in what she would like to know as a lot of her emotions were taking over her thought process which was making it hard for her to focus on her intention.  The letter might also include a personal note to her dear friend, allowing Client to express things she felt she might not have had a chance to do so with her friend.

After she wrote her letter we began with some deep breathing guided meditation so that we were able to clear our minds & focus on connecting with the Angels.  The atmosphere became very pleasant & calm.  We knew that the Angels were there present, waiting lovingly for our communication with them.  I used my Silver Bell to Open our Angel Magik Ritual.  I had my Rose Quarts Crystal Wand present as well as having crystals ready at my Angel Alter.  I chose for the following Ribbons to be present at the alter: Blue for Healing, wisdom, knowledge and dreams, Light Blue for calm, tranquillity, understanding & White for Truth. 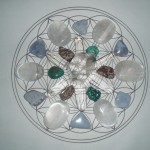 I created the Sacred Space with the Circle from the Crystal Wand & Incantation to the Angels.  Then I rang the Bell three times & invoked the Circle be protected by all the Angels of the Compass Points. Next we invoked the Angels for Healing, Health & Wellbeing.  Then we did the Spell for Grief & Despair.  We asked Archangel Azrael to help with Dealing with Loss & the Grief for Client, to help her feel her friend is ok & to heal the heaviness of losing her best friend with so much sadness & sorrow so that she is able to feel peace again.  Then we placed Client’s letter at the alter in the shape of a boat, placed flowers & petals inside & recited the beautiful words for the Spell to come to terms with grief.  I cleared everything from the Alter & left the letter there to stay overnight.  Client would come back the next day so we could release the boat in a body of water.  She said she would take it to the beach & release it on the water because her friend loved the ocean.  When we finished the rituals I then release the Angels from their duty by reversing the Angels of the Compass Points, then clearing the White light bubble, then cleaning the Alter.  I gave Client a big glass of water & for myself also.

Client said she felt amazing & at peace.  She wasn’t anxious or angry at the fact she couldn’t force the grieving but said she would allow it to come through her when it was ready to do so.  Client now understood why she was also angry with herself which blocked her in a way to really grieve for her friend.  She said that if she did grieve it would mean that she is saying her final farewell to her friend & in a way it meant she gave up on her & the connection to her friend.  She was afraid she would eventually forget her.

She also said she felt calm & peaceful because her intuition told her that her friend’s journey through her sickness helped her release many of her own doubts & fears she carried within her in her life & that the Cancer had helped her truly live by facing these doubts & fears which helped her have a stronger connection to her faith & God.  Client felt her friend was in a peaceful place & that she was happy.

Client also understood now how she would honour her friend.  Client would live life to her fullest!  She would travel, see lot’s of amazing things knowing her friend would be happy for Client to really live life.  Client always wanted to write a book & she said she would dedicate the book to her Dear Friend.  She knew the Angels would somehow help guide Client into writing it, completing it & publishing it.  I was absolutely amazed at the insight Client had received during the Session.  The Angels are amazing & work wonders if we just allow!

I asked Client to keep a journal of any dreams she might have tonight & over the next few week for messages.  She was very grateful to me for the session & said she would come by tomorrow to pick up the letter & that she would also come back next week for more insight & another session.

I thanked her for allowing me to be there as part of her journey & I thanked the Angels for Guiding us through this session & life.  I was looking forward to seeing Client again on her next session.

If you enjoyed reading this case study and would like to learn more about angels and how we can learn to communicate and gain great insights and healing then taking one of Luna Holistics Training Courses is a great way to start. If you have not worked with angels before then I recommend the Angel therapy Course  Foundation for beginners which will help you to understand “what is angel therapy”.

This Student had studied both foundation and advanced level angel therapy.