Are psychics good for your health?

Can psychics be good for your health? 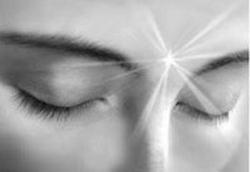 A phenomenon known as remote viewing, which claims to use psychic powers to ‘see’ what is invisible to the naked eye, may have an intriguing role to play in healthcare. Remote chance: Lucy Pinney asks remote viewer Daz Smith to help visualise the final months of her late ex-husband’s life.

Three months ago, Twitter hosted its first scientific experiment and invited users to help demonstrate the existence of psychic powers. Professor Richard Wiseman, of the University of Hertfordshire, recruited 7,000 volunteers via the social messaging service to investigate “remote viewing” (RV). A remote viewer is a gifted individual who claims to be able to “see” events in the past, present and future, and identifying distant locations.
The psychology professor, famed for his mass-participation experiments, which explore the curious science of everyday life, travelled to a mystery site in the UK, whereupon he sent a Tweet. Participants were asked to pinpoint his location by selecting it from a line-up of five photographs. As only 15 per cent of people correctly predicted Prof Wiseman’s location – despite a 20 per cent probability – he pronounced RV to be a hoax.
Related Articles
Historically, however, governments have not been not so quick to condemn. During the Cold War, the American military spent $20 million (£12.2 million) on an RV project, conducting “psychic spying” missions against the Soviet Union for two decades. In 2001, the Ministry of Defence also investigated the potential of remote viewing, but the outcome is unknown.
Recently, Hollywood has got in on the act. In The Men Who Stare at Goats, to be released in 2010, George Clooney plays a soldier who uses his paranormal powers to track down the Iraqi enemy.
So far, so spooky – and frankly unbelievable. Or is it? The NHS is involved in an ongoing trial to establish whether RV has social and medical applications.
Andrew Usher, dean of the British Institute of Homeopathy, and a (non-clinical) partner in an NHS practice in Scotland, is working with a GP to determine if RV can save lives. Usher’s Med RV project uses a team of remote viewers around the world who try to detect illnesses that have been missed by conventional scientific and medical procedures.
The scheme has been running for just over a year. Usher, the complementary medicine consultant at Dunbeath Surgery in Caithness, says it is too early for conclusive results. “I’ve worked on 30 cases but I need at least 100 before I can make statistical correlations. RV is never 100 per cent accurate, so it could only ever be a supplementary form of data acquisition.”
Up to six remote viewers at a time are involved in a single case. They are not given any information about the patient – whose consent must be sought – other than a case number.
“One of our most impressive cases was that of a patient with bad migraines,” says Usher. “He’d been for a CAT scan, which was clear. However, the data from remote viewers showed a head with a lot of darkness, and something circular at the back of it. When we gave him an MRI scan, it turned out he had a benign brain tumour.”
Usher began looking into RV after reading in the British Medical Journal about how faith healers could benefit patients in intensive care.
While Usher says remote viewers have had surprising success in picking up on “big pathology” such as growths, he is realistic about the limitations of involving medical non-professionals. “It is hard for remote viewers to pick up cellular structures and changes,” he says. Training doctors to be remote viewers has also proved problematic, as “they tend to second-guess diagnoses”. Of more practical use are those who claim to be so proficient in RV that their skills are used by the police.
According to Usher, Britain’s most celebrated remote viewer is Daz Smith, an affable `thirtysomething’ from the West Country, who has worked on a dozen Med RV cases. He is also a volunteer for Find Me (findme2.com), a psychic missing-persons agency in the US.
Smith has used RV to visualise GPS co-ordinates and exact details of locations and crime scenes – helping police to track down lost children, as well as human remains and criminals on the run. He showed me letters of thanks for his help in finding the bodies of a missing US Army staff sergeant, and a Kansas suicide victim. “I couldn’t save these people’s lives, but I helped their families get closure on their deaths,” he says.
How is it possible to do this? The answer, says Smith, lies in a programme devised for the CIA by a psychic called Ingo Swann, who developed techniques for stimulating creativity and accessing the subconscious. “Everyone is mildly psychic and can learn to do remote viewing,” Smith says. “The training – which is lengthy, like learning a martial art – teaches you to interpret subtle gut impressions. But it’s like everything: to be world-class you do need talent.”
Smith invited me to try RV. He showed me a sealed envelope containing someone’s name. He asked me to tell him what I could about the person. I was to listen to my subconscious and scribble down my impressions. Within half an hour, I came up with a description of a slim, dark woman with children. Smith revealed that he’d really been asking me to view myself in a year’s time. I felt flattered, but manipulated.
Smith asked his internet-based team of remote viewers to help me with a specific question. Before my ex-husband died two years ago, I had discovered that he’d been unfaithful. I wanted to know if he’d had any illegitimate children. I waited more than a week for the reply. Four remote viewers came up with colourful, jerky impressions: the effect was like reading blank verse. They did not answer my question but they described my husband, scenes from his life and mannerisms with such accuracy that it made me cry.

Earlier, Smith had told me how he’d been approached by a woman whose son had vanished. His team told her that he had drowned – yet she had been hugely comforted. This story had puzzled me: how could it help to be told the worst?
Now I understood. The vivid, highly personal descriptions did help bring closure. So perhaps Prof Wiseman is wrong: in the right hands, RV can work – though it may not give exactly the answer you want.

• For more details, visit www.uk-rv.co.uk Daz Smith can be contacted via www.remoteviewed.com

Develop your psychic skills with this fascinating home study course 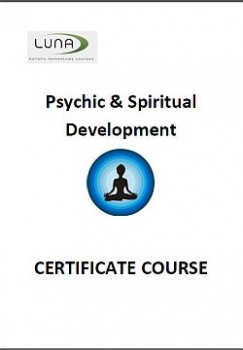