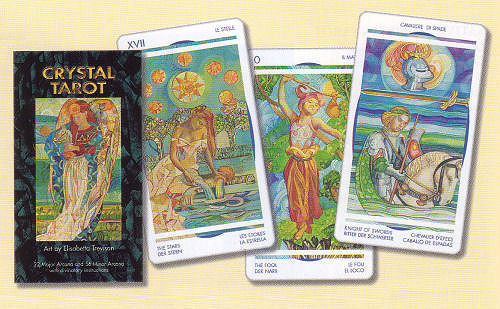 Tarot, as we know it now, was invented sometime in the middle 15th century in Italy. It closely mirrored the playing cards of the day. Some believe that people had started using playing cards for divination purposes and the tarot were just a refined version of these cards. These basics playing cards had four suits of ten cards each. These cards were brought to Europe from the Islamic world. It is thought that tarot originated when gypsies and astrologers started using ordinary playing cards to tell fortunes.

During the 15th century, special cards were added to the playing cards. Later, these became known as the major arcana cards, then called the trumps or triumphs. The major arcana cards consist of 22 cards with titles rather than numbers and suit. Each one has a strong symbolic meaning and are considered to be the ‘leaders’ of the tarot deck.

The remaining 56 cards are refered to as the minor arcana cards. usually these cards are split into four suits: cups, staves, swords and coins. Though there are many variations on this.

Tarot has evolved since it’s original form. Becoming more complex and rich in symbology. The cards themselves have gained meaning over the years from the cultures that adopted their use. Some cards have come and gone, like The Pope, The Juggler, The Arrow etc. however, around the 17th century, tarot evolved into the form we now know it as having. Many famous alchemists and prophets have used tarot, including Nostradamus and Aristotle.

Tarot through the Ages

For centuries, people have been using symbols as a type of divination. Tarot is no differnt. Each of the 78 cards has an individual meaning. Tarot is an interactive Divination art. The cards interact with each other, giving them new and more complex meaning.
You place the cards into various spread where the placement of each card gives it even further meaning. Where cards fall in the spread has a lot to do with how they interact with each other. A card representing the past will influence a cards representing the present and the future. There are many different spreads including the celtic cross, the three card spread, the spread of fates, the single card reading, the circle and cross and the ancestors to name a few.  Try out a free fun tarot reading. 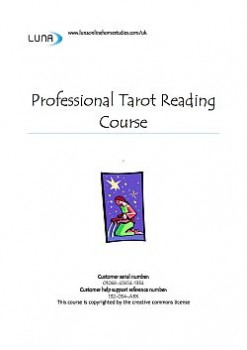