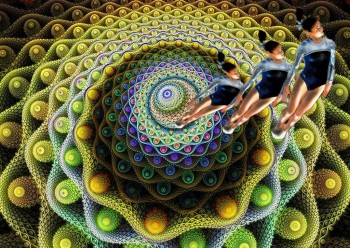 Client is a friend who is also a crystal healer. Before the treatment happened and my friend arrived for her treatment, I set up my therapy room in the house, ensuring there was no electrical equipment in the room. I meditated for a while to attune myself to the energies of the crystals I was going to involve in the healing. These crystals had been cleansed and programmed overnight and earlier in the morning so they were clear and programmed for healing purposes. I had already found out where North and South were in the room so the therapy couch was set up so my friend’s head would be facing North and her feet South. I had asked my friend to come dressed in loose comfortable clothing and to ensure she had no metal objects on her. I suggested she have a bath or shower before treatment which she confirmed she had done when she arrived.

We started by going through the treatment card and established that Client is currently in good health but wanted just a recharge of energies and general well-being treatment. I decided use the pyramid grid for this treatment. I felt that I intuitively wanted to set it in place before Client climbed on the therapy couch. Client is also very intuitive and we felt it was right for her to sit and meditate on her intention, harmony and well being, while I set up the grid with this intention. I laid out the five main crystals in each corner and one under the table in the centre. Client loves greens and pinks and I was intuitively drawn to space out rose quartz and green aventurine between the corner points. At the present, Client is in a long term relationship and is really enjoying her career change in care work which she has been doing for some time so this grid seemed appropriate for long term harmony and her relationships which are really important to her. I used sand from our local beach to connect the crystals as this is a place we go to regularly to walk our dogs and it is somewhere we gain a lot of feelings of peace and harmony from.

Once this was done, Client climbed on the couch and made herself comfortable. I started by placing my hands above her head and tuning into her energies and connecting with the intention of harmony and well being. I then used my activation crystal and started with the centre crystal, visualizing white universal light flowing into this while asking that Client receive the crystal healing she needed for her highest good during the session. I then moved to each corner crystal in turn, using the activation crystal to link each one in turn in a clockwise direction. I visualized this connecting up of energy and kept the intention of the healing in my mind as I went. Once all the stones were connected I went back to the centre crystal and visualized the whole picture of energy forming a complete grid and I meditated on this for 15 minutes while Client relaxed on the couch above. The energy I felt was just amazing and it was a totally peaceful and harmonic space.

At the end of the 15 minutes I carefully thanked and de-activated each crystal in turn in an anti-clockwise direction as this felt right. I then walked three times clockwise around Client using a quartz crystal wand and visualized sealing in all the healing energy she had received. At the end of this I gave thanks to all the crystals and the Universe for the energies provided. I then asked Client to bring her attention back into the room.

Client said that she didn’t realize she was carrying some tension and stress but she was aware of this and felt the muscles of her neck and shoulders releasing and letting go. She also felt her legs relaxing and the pain in her hips that she gets occasionally totally disappeared. She said that she felt lighter physically, mentally and emotionally. She was aware of angels and guides in the room all the time. She also said she felt like a big fluffy pink blanket was being placed around her and protecting her – pink is Client’s favourite colour. Client said she could feel so much love flowing in and out of her heart and that she was aware that some blockages and tensions emotionally were just being soothed and released.

I offered Client a glass of water and she stayed on the couch until ready to move off. She said it was just such a relaxing session and great to release daily stress and tension you don’t normally notice. She also said she was overwhelmed by feelings of protection and safety.

Once Client left I gather all the crystals and felt drawn to smudge them, then use my Tibetan singing bowls to cleanse them and I felt guided to placing them in flower pots outside overnight to cleanse and recharge in the moon energy. 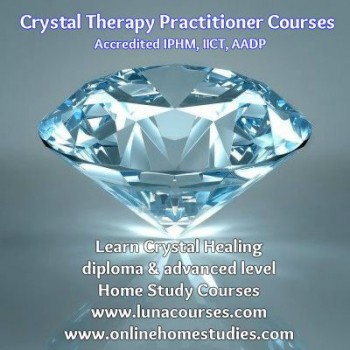