How to write a Case Study 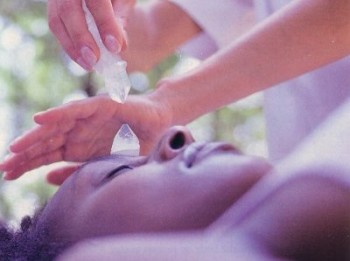 If you are writing a case study up for any of our courses then a well thought out and detailed study of how you treated your client and importantly their feed back from the treatment will be an invaluable learning experience. Below is an example of a genuine case study for a crystal healing treatment. I have removed the clients name for privacy reasons.

Time started: 12.30pm                                     Time finished: 1.30pm
Presenting problem
The client is a married woman, mother of two teenage boys, presenting repeatedly with psychosomatic symptoms mainly generalized body pains and cardiovascular symptoms of chest pain, palpitations and shortness of breath. She has a history of hypertension and depression with anxiety, both controlled with medications. Her cardiovascular symptoms were fully investigated and there were no abnormal findings except for the hypertension. She did not suffer from epilepsy.
Going deep into her story Mrs B revealed that as a child she was abandoned by her natural mother and was brought up in an orphanage and later adopted and brought up by her present mother. In her twenties she got married and unfortunately her husband is very jealous in nature and she has been physically and psychologically abused. She has also described an episode of sexual abuse by her brother in law which she never reported due to fear of further problems from her husband. Her stress level was rated as 4.

From this history it was clear that through conventional medicine we were only catering for her physical healing but we were not considering the Etheric body where it was obvious that it was stagnating with longstanding negative energy. Mrs B needed a chakra clearing and balancing with special attention to the crown, heart and root chakra. She was scheduled for a crystal therapy session.

Room Preparation
The room (meditation room) to be used for the crystal therapy healing was warmed to a comfortable temperature to help relaxation. The light was subdued. Neroli essential oil was used in the candle burner as this has an antidepressant and anxiolytic properties, and candles were lit. Reiki music was played.

Patient preparation
The patient was asked to abstain from alcohol, coffee and red meat for two days at least prior to the treatment (She was a non-smoker and did not abuse drugs).
At the time of the treatment, the patient was asked to remove any metal objects like rings, necklaces, watch and belt, loosen any tight clothing,and remove her shoes to make herself comfortable. She was then asked to lie comfortably on her back on the treatment couch with her arms loose by her size and without crossing her legs so as not to disturb energy flow.
Self preparation
Loose, white overall to protect oneself from negative energy was put on. Watch and rings were removed. Hands were washed.
Treatment given
The treatment was started with a combined clearing and strengthening technique. Stones were chosen intuitively for each chakra as follows:
•    The crown chakra – Large clear quartz point, pointing away from the body for clearing
•    The brow chakra – Sodalite
•    The throat chakra- Blue Chalcedony
•    The heart chakra- Emerald
•    The solar plexus – Citrine
•    The sacral chakra- Carnelian
•    The root chakra – Rose Quartz
Hands were held over the patients head asking that the healing be given for their highest good.
The stones were placed on each respective chakra and the clearing technique was applied. A Large clear quartz crystal was put above the crown chakra pointing downward for masculine energy and a rose quartz was put between the legs pointing upward for feminine energy. Holding a clear quartz crystal in the right hand, small circles were drawn down the left hand side of the patient and up the right hand side. The quartz crystal in the hand was connected to the top and bottom crystals. This was repeated 3 times to clear the energy in the subtle bodies. The patient was left with this crystal layout for 15 minutes.
At the end of the session the patient was given a herbal tea infusion of her choice while discussing her reaction to treatment. The patient said that she was feeling a ‘bit light headed’ but at the same time she was feeling of ‘general lightness, less tight’.
At this time the chakras have been cleared of negative energy build up therefore a building treatment was the given to fill out any vacuum created by the realignment of energy. For this patient the primary building to be given was ‘releasing the past’ layout to be followed by other layouts in other sessions.
Mrs B. was again asked to lie down comfortably on the couch. Six clear quartz crystals were placed around the patient as follows:
•    One crystal at the crown pointing downwards
•    One crystal at the feet pointing upwards
•    One crystal at the left shoulder and one at the right shoulder pointing inwards
•     One crystal at the left knee and one at the right knee pointing inwards
The outer crystals were connected in a clockwise direction to form a protective seal of energy around the patient.

The stones for each chakra were chosen according to the ‘releasing the past’ layout as follows:
•    Root Chakra- Black Tourmalinated quartz
•    Sacral chakra – Watermelon Tourmaline
•    Solar plexus – Green Tourmaline
•    Thymus chakra– Tourqouise
•    Heart  chakra– Pink Tourmaline
•    Throat  chakra– Aquamarine
•    Brow chakra- Moonstone
•    Crown Chakra – Clear Quartz
Each stone was used to instill energy into the corresponding chakra. Holding each stone in the right hand, clockwise circles, decreasing in size , were made over the corresponding chakra until it was felt the chakra has received enough energy. All chakras were treated and the patient was left in this layout for 15 minutes.  Using the hands the energy was smoothed over the chakras. Thanks were given for the healing that has been received.
After the treatment the patient was asked to sit up when she feels she was oriented to the room once more. The patient’s reactions and emotions were noted. Mrs M reported she was feeling relaxed and ‘somewhat new’. She did not report negative reactions.
Her treatment card was filled and she was scheduled for another clearing and building treatment.

If you are studying crystal therapy this case study maybe helpful as you can see the therapist has made a note of his full treatment from start to finish. 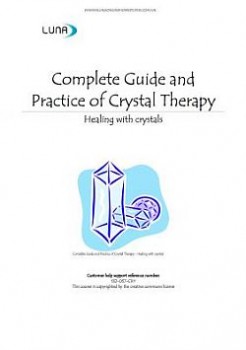