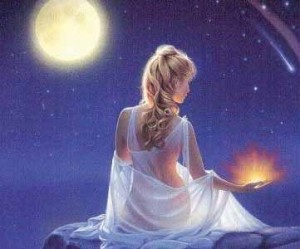 How to Develop your Psychic Abilities

Traditionally religions have regarded spirituality as an integral aspect of religion in all its forms. Many do still equate spirituality with religion, but declining membership of organized religions and the growth of secularism especially in the western world has given rise to a broader view of spirituality.

Understanding Spirituality – Spirituality has played a central role in many self help self movements such as Alcoholic Anonymous. For instance if an alcoholic failed to perfect and enlarge his spiritual life through work and self-sacrifice for others, he could not survive the certain trials and low spots ahead.

Religious v Spiritual – And is there a difference?  Spirituality often relates to the non-physical. In a sense it means connecting to a higher power and also personally connecting to the universe. Being spiritual does not mean you have to follow a certain religion or practice. Religious learning usually has a set structure to follow, spirituality does not and therefore follows only the rules of the higher self. Although many religions have a golden thread of truth which sometimes gets misunderstood or even used to control, spiritual people realize deep down that it is up to them to find their own truth.

Science – Is there really a scientific explanation for a psychic who can contact the other side and is there really such a thing as the 3rd Eye where it is known you can see and even communicate with spirit without the need of human sight or speech? The reason why science has such a nonacceptance of this is because whilst the “psychic” will talk about subtle energies and a feeling of different vibrations when connecting to the spirit world or working on a higher plane, the “psychic” has never been able to explain scientifically what sort of energy they refer to. To the scientific mind, energy comes clearly defined as either heat, light, sound, electrical, nuclear or chemical, yet none of these seem to apply to the experience of the “psychic” although many psychics do feel heat and see light and even hear sounds.

Why should I develop psychic skills? – There has never been a more important time for us all do develop our natural skills which are our birth right. It is also our right to live a happy and peaceful life. The journey starts within. If we wish to survive as capable human beings in the 21st century then we need to develop these important tools.

Learn how to develop all the tools you need to with our Psychic and Spiritual Development Course that you can study at home with lots of examples and activities to follow throughout.