Feng Shui for the Home 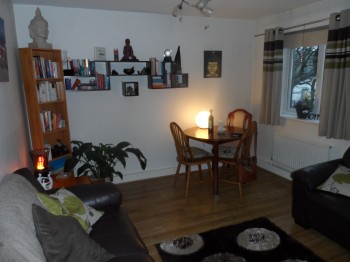 The family had moved fairly recently from on older three-bedroom property into a brand new four bedroom home.

Once the initial excitement of the move had passed, the parents began to feel that things were “not quite right, as if their new home did not welcome them”.  The mother, in particular, began to suffer health problems that eventually resulted in major surgery, and the family business was struggling.  I was asked to investigate to see if I could give any advice that might help to improve matters

The property has a west-facing front door and is situated at the end of a cul-de-sac.  The large rear garden has an eight foot fence with concrete posts and is bordered by a footpath, the other side of which is a primary school bordered by a metal paling security fence and tall trees.  The local cemetery is a couple of blocks away and there is a nursing home within half a mile of the property.

The first thing I noticed was that the front door – coloured white like so many these days – has glass panels and a glazed panel to one side, and is approached via a straight concrete path.  It is located to the left of the house front as one faces the house, about a third of the way along.  The neighbouring house to the left as one faces the property has an “arrow” directed at the front door.  The porch was cluttered with two scooters, several boxes and a few plants.

On opening the front door, I was confronted by a large amount of clutter – see photograph 1, below.  The passage from the front door leads directly into the kitchen, again with a glass panelled door.  The double doors to the main living area lie halfway along on the right hand side. 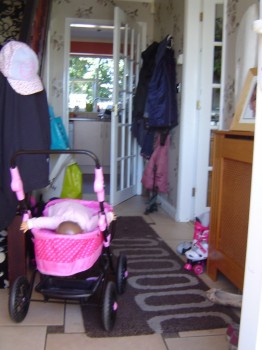 To the left hand side of the entrance hall are the stairs, which lead almost directly to the bathroom, whose door was open.  The lavatory seat was raised. The hall table to the left and the radiator cover to the right were also cluttered, see photograph 2, below. 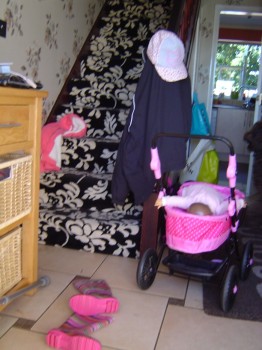 I asked about the family’s health.  The parents and the oldest daughter all had weight problems; the mother had chronic abdominal trouble, so much so that surgery had been required.  All had tried unsuccessfully to control their weight gain.  The son showed signs of “puppy fat”, although he was very active and played mini rugby.  The youngest daughter was described by the parents as “a little chunky”.  In fact, only the third child’s weight gave no cause for concern.

As the family had only recently moved into the property, the cost of any cures was a major factor.  I was asked to keep the cost “as low as possible” as money was limited.

The obvious cure here was to change the front door, as painting modern doors is not really an option.  The alternative would be to change the door for one of the appropriate colour – red, for example – or for a wooden one that could be painted to suit.  Neither alternative cure was possible, but my recommendation that a curtain be hung behind the door and across the glass panels was accepted.  I explained the need to remove all clutter from the porch in order to allow the chi a free flow into the property.  The sagging porch roof lining also needed repair.

I stressed the need to keep this area well-lit and free from clutter for the same reason as the front door.  I suggested that the table to the left might be removed to avoid the temptation of putting hats, gloves, shoes, mail, etc. on it.  The storage space beneath the table also attracted clutter.

To avoid chi from passing directly into the kitchen and, therefore away from the living room, I recommended that they should hang a faceted crystal from the ceiling, halfway between the two doors, suspended by a four foot red ribbon.  The door might also benefit from a slatted blind.

To control the flow of energy up the stairs, I suggested an artificial vine could be wrapped around the banister handrail.

The top of the stairs:

No problem with cost here: simply keep the bathroom door closed and the lavatory seat down when not in use.  If family members or guests failed to co-operate with closing the door, sprung hinges should be used.

Lillian Too recommends placing a large urn of water just outside the main door (Lillian Too’s Feng Shui Workbook – page 39) to overcome the negative energies identified.  Alternatively, a flagpole or light could be used to control the negative effects of the arrow.  The cost of digging up the path and laying an alternative was beyond budget, so I suggested that, as the path was wide as well as straight, the contours could be disguised with strategically placed large pots of shrubs, or by allowing beds of ground cover plants to encroach  a little to soften the harsh straight lines.

Another possible cure for negative energies from outside the home would be the use of a Ba-Gua mirror.  This mirror is octagonal, measures approximately four to six inches across and is framed in wood.  This would help with the house’s location at the end of a cul-de-sac.

The parents immediately cleared the clutter from the porch and the hallway.  Although they left the hall table, it is kept clear of all clutter: the storage underneath is kept tidy and used for outdoor shoes only.  The front door and glazed side panels are curtained and the kitchen door has a slatted blind.

A string of plastic ivy (part of the family’s Christmas decorations) now adorns the banister in lieu of ivy, but only until a string of artificial vine has been found and purchased.

Every effort is being made to keep the bathroom door closed, with increasing effect, but the lavatory seat is proving much more difficult, understandable perhaps with four children, as no-one admits to being the culprit!  The parents are, however, persevering.

Instead of a flag or light pole, a totem pole has been erected and the disguising of the path’s contours has been listed for attention as soon as money is available.  The purchase of a Baa-Gua mirror is also on the “to do list”.

The most significant effect is that a new business venture has presented itself.  This promises to increase the family business’s outlets without increasing the business overheads.  The firm’s immediate pre-Christmas order book benefited significantly.

The children’s weight problems are decreasing, although the mother still suffers from overweight. However, the main problem has been identified as one that requires significant medical intervention. There is also a problem insofar as the mother’s prescribed medication for her chronic medical condition carries the side effect of weight gain and difficulty in losing weight.  Knowing that she is not “to blame” for her weight, the mother is now more comfortable with her situation, and she attributes some of her acceptance of the situation to the increased positive chi that now flows with less interruption through her home. There is a feeling (with increasing supportive evidence) that the father’s weight problems are coming under control.

The above information has been extrapolated from the record card and client feedback.

Significant progress has already been made and more should soon become apparent, particularly where the adults’ weight problems are concerned.  I have also been assured that the recommended cures that have so far not been acted upon will be taken on board as and when finances allow.  Further, I have been asked to carry out a full Feng Shui assessment of the house at a later date, still to be arranged.

I should also like to carry out Feng Shui assessments on both the original business premises and the newly opened outlet.

If you would like to learn how to become  a feng shui expert and improve your own home or help you clients then our training courses that you can study from home are idea. 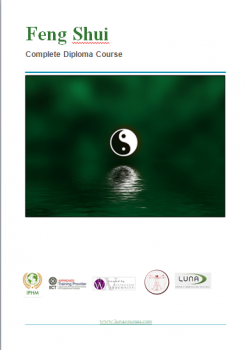