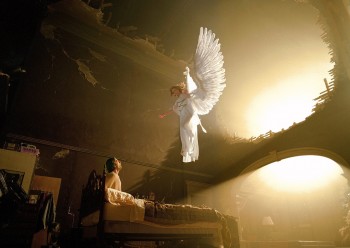 People associate the idea of  guardian angels with Christianity and often more specifically with Catholicism. Actually there is some scriptural basis in Judaism for the concept of a guardian angel. Angels as intercessory occur in the book of Job. The idea is that angels plead on the behalf of people and are specifically assigned to a person to do so. Plato also talked about spirits assigned to humans by God, and there are many other religions in which people are watched over by a specific spirit, deity or an ancestral spirit.

In Christian thought, that people are assigned a guardian angel when they come to earth. This angel helps to guard them and acts as messenger between the assigned person and God. The angel can pray on behalf of the person and offers protection.
Some believe that only children have guardian angels. The angels are then reassigned to others when the person has an adult conversion to Christ, and there are other interesting theories regarding these guides and helpers. For instance, some saints have believed that the martyrdom and suffering they must endure means they have lost their guardian angels.
Religious philosophy regarding these guides in Christianity became clearly articulated in the work of Christian theologian Honorius of Autun, though the idea of guardian angels may be traced back to the 5th century CE. In the 12th century, Honorius wrote that he believed all souls received a guardian angel as soon as they became corporeal. Others echoed his writings like Thomas Aquinas, and then lively debate ensued on just what type of angels had this responsibility, since there are several orders and rankings of angels.
Though the idea of a guardian angel may be thought of as predominantly Catholic, based on the writing of Catholic theologians in the Middle Ages, there are other sects, like Eastern Orthodox, that espouse similar beliefs. In more secular ideology, guardian angels may sometimes be seen as a conscience or muse. They’re not only meant to protect but also to guide people away from sin or to inspire them to greatness.
A more modern interpretation of the guardian angel is that anyone can be guided by or be an angel under the right moments. A total stranger saves you from stepping off a curb when a bus is coming, or a workmate says something out of character that comforts you during a difficult time. Some people believe a person’s guardian angel guided these interventions, or that the spirit of a deity can present you with opportunities for protection and comfort from others who become momentary angels. These people may be called angels, though they don’t fit a typical theological description of them.
The common prayer said by many Christian children to a guardian angel is reflective of how numerous children are taught about these guides and intercessors. The prayer invokes the angel and says of it “to whom god’s love commits thee here.” Many people who believe in guardian angels believe that these guides are an expression of the love of God and that they are an example of the personal relationship each individual can have with God.

Home Studies Angel Therapy Course
The above information is about Guardian Angels which is covered in our Angel Therapy holistic home study course. All of our holistic therapy, tarot reading and palmistry course show you how to become proficient in the art of holistic therapy.  All our courses are comprehensive, easy to follow and fun as advertised in both Woman’s Own and Spirit and Destiny.
We know that studying can be hard going, so we have taken this into account with our pictures and diagrams and easy to follow instructions for you to quickly understand the art of holistic therapy and tarot, palmistry reading.
As I have mentioned before we did a lot of research before we built up our business, and we can guarantee that our courses are the best.  The Luna Online Home Studies has so many years experience in holistic therapies, Palmistry and Tarot, marketing and learning and development.
They offer practical advice when you get started in your new profession in holistic therapy, tarot and palmistry reading, how many other course providers offer that service.  We operate a 7 day money back guarantee if you are not happy – we are that confident about our products.
So why not train today in Aromatherapy, Angel and Crystal Therapy, Professional Tarot and Palmistry reading, Crystal and Reiki Healing today. It is an opportunity to earn extra money in something you love to do – or even start a new full time career.  The earning potential is so great; it is fact that today many people prefer less traditional methods of medicine and advice. 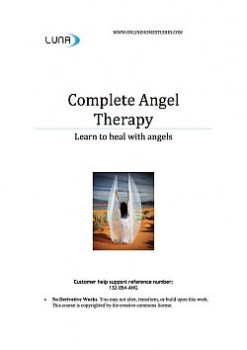