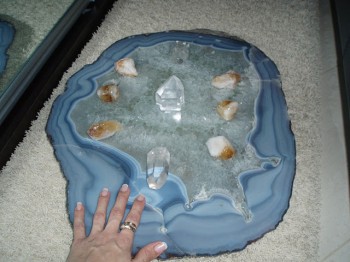 The first known use of crystals by human beings dates back to the Stone Age, when man first used flint for tools and weapons. Many centuries later the Mayans valued Obsidian for its ability to produce a sharp edge or point for spears and knives, and also to form magical mirrors which they believed allowed them to see into the future.

Baltic amber is one of the oldest known talismans, dating back 30,000 years, with discoveries of other decorative amber beads in Britain that have been dated to more than 10,000 years old.

Other evidence of early use of crystals appears in ancient Egypt, where they were used as a source of protection against the ‘evil eye’ and healing as early as 2000 B.C. Lapis lazuli was especially prized and was sacred to the sky goddess Nut, who, covered in stars, arched over the whole world.

The Greek philosopher, Plato, believed perfect gemstones were the result of the conversion of decaying and decayed stars and planets that had fallen to earth. These gemstones then came under the influence of those stars and planets. Dioscorides, a Greek pharmacist, catalogued more than two hundred crystals and gems that he thought were useful in helping to banish fears and aid in healing.
Ancient China valued quartz and nephrite jade from early times, and India used a variety of crystals in association with astrology as early as 400 BC, for example, ruby with the sun and red coral with Mars.

Crystals and gems take their place in religious history throughout almost all civilizations. They are often mentioned in the bible, the Koran as well as other religious texts. In the bible, in particular in Exodus, 12 crystals were used in the breastplate of the first high priest, Aaron, brother of Moses. These crystals represented the 12 tribes of Israel. A Judeo-Christian myth posits that Abraham wore a gloriously splendid sapphire round his neck and when he died it rose up to the sun.

Crystals were frequently used during medieval times for their healing properties for particular ailments as well as for amulets of protection and these traditions continue though not as commonly nor visibly.

Since the 1960s crystals have enjoyed a massive resurgence in their use in health and healing therapies as well as being used during psychic and spiritual development. 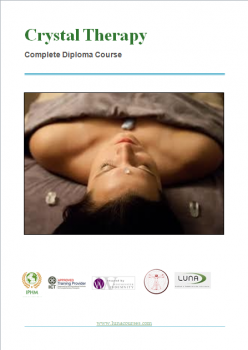 Crystal healing is now available to everyone and can easily be learned at home. There are a number of courses in crystal therapies or crystal magic. Luna Holistics have been training healers in the art of Crystal Therapy and have now many professional crystal therapists working throughout the world. 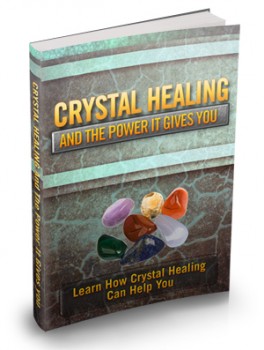