The History Of Reiki 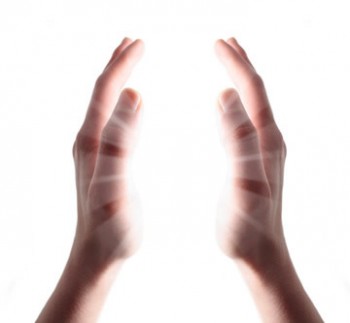 Reiki, originating from the words, raku-kei, is the art and science of spiritual self-improvement.

Reiki originated in ancient Tibet thousands of years ago. The Reiki calligraphy, in Sanskrit, was used in meditation in Tibetan monasteries. Reiki symbols were painted upon large wall hangings in the monasteries and acted as the centre focus in the practices toward enlightenment by Tibetan holy men.

A Tibetan Lama would sit on a four-legged wooden stool in the centre of an oval earthenware container (to represent the etheric egg) filled with three inches of water.

The stool was made of wood with pure silver inlay going up a channel in each of the stools legs, connecting a silver plate inlay upon the stools’ seat. On the silver plate, inlaid in amethyst and rubies, was the Master Frequency Symbol. In front of the stool was a mirror of polished copper. Behind the stool hung a tapestry containing the Lamas’ prayer and the Reiki symbols.

The symbols were reflected in the copper wall, and meditated upon by the Lama as he sat on the stool. The Tibetan Lama concentrated on the Reiki symbols to implant them deep into his subconscious, thereby purifying the body/mind, raising consciousness, and increasing awareness. 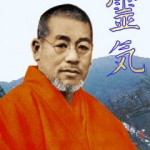 What is now called Reiki was re-discovered in the 1870’s by Dr. Mikao Usui.

As the story goes, his students asked Dr. Usui, the president of a small Christian university in Japan, “How did Christ heal?” This question led Dr. Usui to resign from his University position and begin a ten-year search for the answer.

His quest led him to many parts of the world to study in many different languages, and finally to the original Sanskrit Buddhist Sutras, where he found ancient symbols that he believed to be the formula for healing.

At this point, Dr Usui felt he had the keys to healing, but did not know how to awaken his healing power. He decided to go to a mountain and meditate for 21 days, to seek the power to heal. On the final day, Dr Usui saw a beam of light rushing toward him, the light struck him in the middle of his forehead and at that moment he saw the Reiki symbols and felt them enter his mind and memory.

Dr Usui spent the rest of his life sharing Reiki. Before his death, Dr. Usui passed the keys of Reiki over to his close associate, Dr Chijiro Hayashi, who ran a Reiki clinic in the early 1900’s in Japan.
Hawayo Takata- 1900 –1980 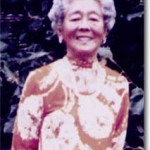 Mrs. Hayayo Takata who was born on the island of Hawaii in 1900 and lived in the Hawaiian Islands until 1970 brought Reiki to Hawaii in 1934.

In March 1917 she married Saichi Takata, the book- keeper of the plantation where she was employed. They had two daughters together before he died aged 34 in Tokyo where he had gone for lung cancer treatment.

After this Takata worked hard to support her family on her own and this contributed to her suffering from lung problems, a variety of serious gastrointestinal ailments and severe depression actually leading to a nervous breakdown. In her mid-thirties, with Mrs Takata widowed and very ill, she travelled to Japan to seek treatment.  She was diagnosed with several life threatening conditions including gallstones, and a tumour. She was given some weeks to recuperate from emphysema before being admitted for surgery for appendicitis and other gastrointestinal problems. On the operating table, just before the surgery was to begin she heard a voice. The voice said, “The operation is not necessary. The operation is not necessary”. She had never heard a voice speak to her like this before. She wondered what it meant. The voice repeated the message a 3rd time even louder.

She knew she was wide-awake and had not imagined the voice. It was so unusual, yet so compelling that she decided to ask the doctor. She got off the operating table, wrapped a sheet around herself and asked to speak to the doctor. She asked the chief surgeon about non-surgical alternatives and was given the address of the clinic near the emperor’s palace run by Dr. Chujiro.

While she was there, she was guided to Dr. Hayashi’s clinic and was healed with Reiki.  She received daily treatments and got progressively better. In four months, she was completely healed. Impressed with the results she wanted to learn Reiki. She studied Reiki for a year in Japan and later was made a Reiki Master (one who can fine tune or empower others with Reiki energy). Mrs Takata spent the rest of her life sharing Reiki with others and in 1970 she moved to California and began to train other masters, until her death in 1980. 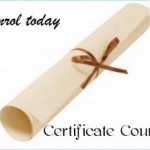