Example of a student case study 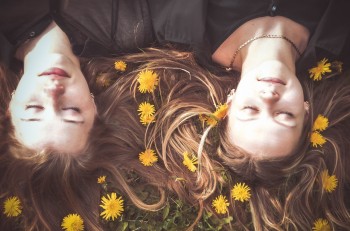 Holistic counselling consultation.  Client initially called me for an appointment citing stress related issues due to work. Upon our first meeting she informed me that things had been very stressful for her as she is the sole breadwinner in her home and her job is not completely stable. Upon further discussion she also confided to me that her husband being out of work has caused him a great deal of stress and worry which energetically, she is influenced by and takes his stress and worry onto herself. We discussed that as a married couple this can easily as we need to support each other in relationships but yet maintain a boundary so that we are not making ourselves ill by carrying stress that is not our own. Client further indicated that the stress is heightened by the fact that the couple would like to eventually have children, but that due to an illness she had when she was younger, she needed to have her ovaries removed and cannot bear children.

I informed her at this point of the services I provide with regard to Reiki, crystal therapy and aromatherapy that may help with balancing her system and aid in stress reduction. She agreed with this treatment and I proceeded to take her through a guided meditation and breathing exercises for relaxation. During the Reiki treatment there was a point at which Client became very tense. I gently asked her what was happening and she was feeling very constricted in her chest area. I removed the crystal I had placed there and she calmed down. When we were finished, we discussed her reaction to the treatment plus some other details with regards to her other energy centers. She was close to tears but would not allow herself the emotional release. I suggested that perhaps she needed some time to integrate the energy work we had done and that when we meet again I also let her know that if the energy was too great for her that she could let me know and I would remove stones or do what else needed to be done. She did report that she can often feel restricted if something was on her chest but she didn’t say anything as she thought it might “be part of the treatment”, I informed her that it could be her way of trying to release from a “blockage” of energy flow and that emotionally something was coming to the surface for her. From her reactions, I very much was under the impression that something in particular was causing her emotional distress which she was not yet ready to talk about or release emotionally. I suggested to her that she continue the breath work that I had introduced her to, and also gave her guidance as to how to cleanse her own energy field of someone else’s energy and how to better maintain those energetic boundaries. I also suggested some essential oils that she could use that may help with her stress issues.

Client contacted me for a second appointment. After some consultation it was decided that energetic work on past experiences was where the focus needed to be. She told me that she had been continuing with the visualization I had given her and that it was helping.

This time, I had Client lie on her stomach so that we could work on her back, as often that is where the energy of past issues is held. Once again, I led Client on a guided meditation to relax and focus on her chakra energy centers. Using Usui Reiki , Crystal Reiki and essential oils, we did a cleansing, and rebalancing of her aura and chakra centers. Client showed no tension reaction as she had in our first session and was completely relaxed. In our closing visualization as part of healing old wounds I instructed Client to take notice of each of her chakras and if there was energy being pulled or leaking from them that she was to thank that energy for doing what it needed to do but to call back that energy into its place in her own feild. We then worked on “closing the petals” of the chakras, not so tight that the energy was closed down, but just gently like the petals of a flower, thus preventing further energy leakage into past issues.

Upon finishing, Client told me that while we were working, she had visions of an incident which happened when she was younger in which she had hurt someone badly. She talked about now wishing to use 12 step philosophy to contact this person and make amends for these past wrongs but expressed concern about reopening old wounds. I restated what she had said in my own words to confirm and reflect her concerns and also stated that actions of this sort take a very fine balance. We left it at this point with Client needing to take more time to consider what steps she wishes to take. Client also said she would like to make a third appointment but was unsure at this time when that would be. I told her I would contact her in a few days just to follow up on how she was doing after the treatment.

If you would like to know or learn more about counselling Luna Holistics offers a number of counselling courses, including NLP, Life Coaching & Health and Nutrition.