How love affects your Aura

Love and your Aura 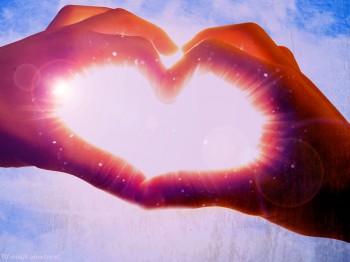 The intensity with which such people can love when the emotions are transmuted to a higher centre, such as the heart, may in time transform them from sinners into saints; for upon our capacity to love depends our own spiritual advancement. We might say, too, that upon our capacity to love depends the salvation of all humankind, for it is the law that real love must of necessity draw a response from the persons loved, and they in turn will love,  becoming also miniature saviours of humankind. 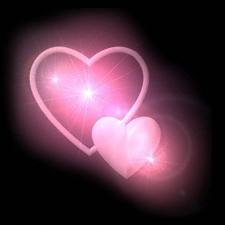 The saints of this world, what of them? The saints who dwell in little slum apartments; the saints of cottages with small backyards and enormous families of children, some of which have been adopted from even less fortunate circumstances? The saints who spend their lives scrubbing, cooking, praying, nursing the young and the old; loving everybody indiscriminately, what of them?

I wish you could catch just one glimpse of such an aura, in which all the colours seem to vibrate from the centre of the heart. The red of the passions has been lifted up and changed to flashing shades of azure and sapphire, which interpenetrate what is left of the passional nature, so that it appears mauve, and the colour of the intellect, which plans and thinks for others, is charged with these same shades of blue, so that it appears sometimes as blue, sometimes eau-de-nil, sometimes lemon. The glory of such colourings, when perceived in surroundings bereft of beauty and surrounding a person who may be utterly illiterate, makes one feel very humble, for here is a literal example of how the glory of God is attained by merit only and not be wealth, position or knowledge.

Then there are the saints of another world. The saints who give their lives to teach the ignorant; to heal the sick; who grow weary in the service of humanity and who ask no reward except that the mystical grace of God illumine their lives. These people develop an aura wherein the heart and the head centres become equally active. Such persons have studies and attained knowledge to fit them for their tasks, therefore the intellect radiates a glorious glow of yellow which changes to white during moments of extreme exaltation, and lemon or blue in moments of love. Most of the passional nature becomes concentrated into the region of the heart, which vibrates beautiful tones of mauve, purple or blue according to the mood. Auras such as this can only belong to the lovers of humanity, not merely those who serve because they have been trained fro a vocation.

Needless to say, every aura differs from another, for one man will love more than another who thinks, and he who thinks may at times love very greatly. It is auras such as these that may eventually expand into the glorious mother-of-pearl of the illumined mahatma, saint or teacher,who will leave such a mark on the history of the world that even the sands of time will have difficulty in effacing it.

With such souls a mysterious moment is attained in which another centre, situated in the top of the head, becomes active and its radiation touches the faint, silvery shell of the casual body, which immediately penetrates the ordinary aura, flooding it with silvery radiance, so that the colours there become luminous with new light and new beauty. The saint becomes not a saint of this world, but a saint of the heavenly world and is or her work, thenceforth, is a work supernal. His or her sojourn in this world is a sojourn of outstanding beauty. It is the attainment not only of purified consciousness, but of a super-consciousness, and such a person remains for ever a super man/woman. 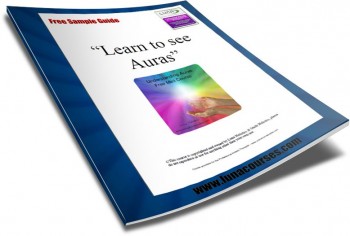 click on image for Free report on how to read Auras

Train to become a Holistic Therapist