Disease and the Aura 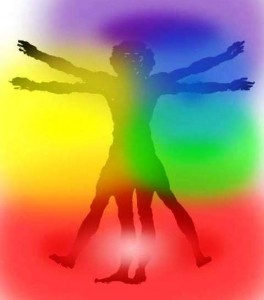 In part 6 we discussed how love effects the aura, in this part we will learn more about disease and the human aura and how this affects us as human beings.

The healers, who have been able to cure diseases of the physical body by working through the aura, are apt to regard the disease as caused by the auric vibration, instead of the auric field registering disease, as the outcome of something in the physical make-up. By healers I mean all those people who have come to admit the reality of the aura, both by observation and experiments.

It would appear that the aura gives a true picture of every element which is in the human organism. If the food, as it is assimilated into the various centres, radiates its particular magnetic power into the aura, correspondingly a lack of certain substances will betray a weakening of this same aura, so that a person suffering from nervous debility will show an aura pale in coloring and tinged with grey. A cancerous person betray an excess of vibration in the region of the cancer, since the growth itself is composed of organic matter which has its own individual field of vibration, The ills of man are too numerous to mention and the cures for the ills of man are almost as numerous.

Which Cure is Best?

We can only think that the cure which gives the best and most lasting results is the best cure. We should become like the Chinese and keep or healers for the prevention of our ailments, not for the cure of them.  In the future, I do not doubt that there will be clinics in every town where the aura can be periodically examined for traces of disease (this article was written over 40 years ago and we are now seeing more and more chakra and aura healers plus clinics offering this service), and instead of diagnosing by following the dim pathways of half-remembered pains, which may indicate a twinge of rheumatism, a cancer, or a muscle over-exerted, the healers will definitely by able to read the history of each person, as a doctor reads a hospital chart, and act accordingly. In such clinics, disease will be treated before it has time to become a chronic condition. Thousands of pound will then be available for education, housing and uplifting of people’s minds instsd of being used to maintain homes for the incurable, clinics for half-incurables, and hospitals for the sick and neglected bodies of ignorant humanity. 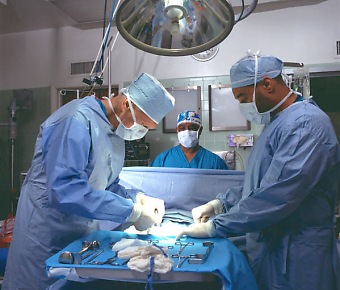 At the present time the surgeons knife is still a necessity, because disease has invariably been allowed to progress to a pitch when no other means can adequately deal with it, but we cannot believe that the Maker endowed us with organs so securely protected by layers of skin, muscle and bone it it was also intended that the same flesh should be opened up for the treatment of disease.

A herbalist appears to be the person who can satisfactorily approach the ideal of the perfect healer, since his herbs, each with their own individual magnetic vibration, become assimilated into the human body and supply to it certian substances which may be lacking. The whole art of healing consists merely of re-establishing balance and harmony. Any method, therefore, whether it is of diet or of medicine, which tends to alter the vibratory rate of the body, must be in accordance with the laws of healing. Methods which necessitate violent shocks to the system, as in the case of even the simplest operation, cannot be good, since, though they remove the main seat of the disease, they upset the whole harmony and balance of the physical and auric bodies. The time taken for recovery after a severe operation; the broken effect which the aura betrays; the weakness and anaemia, all prove that this is mans own method and not a method decreed by divine law.

It is interesting to notice the growth of unorthodox healing together with the growth of unorthodox thinking. Spiritual healing and a nature cure lead the way for the cure of physical disease, but after them follow cults for the drinking of water; for fasting; for eating this and not eating that; for sitting in the rays of the sun, and for sitting in the rays of the moon,  for breathing, and for not breathing, until deluded humanity wonders whether it is not at the mercy of all the elements of nature, and I wonder that they do not revert to the simple heather method of making propitiatory offerings to the primal powers in the forces of nature. All the above healing however has an element of truth in each, since each one aims at altering the vibratory effect of the human body. By fasting, certain elements become less active in the system. By drinking water, other elements are cleansed; by exercise, the breathing is increased and impurities are cast forth in the form of perspiration and carbon dioxide.

Spiritualist and Christian Scientists have discovered a way to metaphysical healing which has yielded amazing results. Without the use of either drug, knife or herb.  More will be talked about this amazing healing practice in part 8

For full list of healing courses that you can study from home then see a full range of holistic homestudy courses.