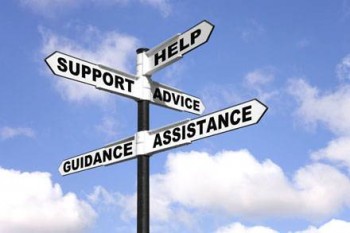 Client arrived for her NLP consultation presenting with very low mood, she had recently been to her GP who prescribed her anti-depressants, this was 4 weeks ago and her mood is still low. On entry to the treatment room she presented with quite hunched shoulders and sad expression on her face.  She told me that two years ago she suffered from breast cancer, and she had a continual worry of this recurring, also recently a friend she made during chemotherapy has unfortunately passed away.

Details of treatment NLP Session trying to relieve Client of her depression, which is actually a result of her negative thinking pattern

She made strong statements about how she shouldn’t feel this way, and that all she wanted was to be happy again and not live in the past so much.  We discussed what being happy meant to her, and what she thought would change if that was able to happen right now.  She was playing regular movies in her head of how she thought it should be, and how people expected her to be.  I asked her to think about how she thought she could make herself happier, her response was that she didn’t know where to start.  I suggested that we gave her a more appropriate sized goal that she wouldn’t feel so overwhelmed with.  We spoke about the small goal she could strive to achieve which would help her move to a happier state, she decided that her first goal would be to start allowing herself more me time, without the attachment of guild which she normally attached to doing that.  Secondly she said she would like to cut down on her working pattern, which ultimately would help her achieve the first goal of having more time for herself.  She began to understand that her original want to be happier was such a big goal, and already felt she had lifted the dark cloud from around her.  As she had said she had a picture in her mind of how she thought she should be, I suggested that we play a positive movie in her head, of what she thought she would look like if she gave herself more time I asked her to make the image bigger and brighter, I noticed she had a smile on her face,  we also discussed her feelings about losing her friend to cancer, and she agreed to take a journey in her mind of the happy times they spent together, she also said they liked watching the film Mama Mia, that they had laughed so much when they went to the cinema because they booked into the sing along,  I again suggested if there were times when she felt her mood dipping and receiving sad thoughts about her friend she would put the cd track to Mama Mia on and allow the happy memories to flow.

We discussed how she normally verbalized things she said and she said most of the time it was in quite a negative way, I offered her advice about stating the outcome in a positive fashion, too look at the wording she was using,  we spent a time discussing how she thought she would know how she had achieved her outcome.  We pictured her feeling happy and relaxed and doing the things she loved the most, we made the image bigger, I asked her to notice how she was speaking to herself and whoever was around her.  We agreed that we would take a walk along an imaginary time line remembering really happy times in her life which made her feel wonderful.  She said that there was a massive awakening about the fact that she often only remembered the sad things or the things that had gone wrong, she said that walking along her lime line was a real moment, where she realized she has lots of lovely experiences that she should remember.

We briefly talked about the fact that other peoples moods can affect us, and vice versa, we spoke about how she could take a step out of her body and stand in the other persons shoes to see if the situation was seen differently, she said that that was a great idea as she often only ever thought of things from her own point of view.

My assessment of the session:

The session ran for about 2hrs, I felt we covered a lot of things, and we worked on some good issues, and I felt I used the NLP tools well, you could see a massive change in Client from when she came in, and she had a good understanding of how to take these flexible tools away with her.  I personally enjoyed working with her as it was like she was changing in front of my eyes, she kept saying “I am wonderful, and I feel wonderful”  what a lovely feeling to of been able to help someone feel better that they originally  did.

After care advice given:

I recommended to Client that when she feels her mood dip she could access the good memories she has of happier times, to watch the internal dialogue, and the words she uses when internally speaking to herself but also how she speaks to the people around her, to remember to keep her words in a positive tense and in this moment, and that her thoughts were just that a thought not a fact.

Client’s comments about her session:

I was unsure about how NLP could help me, I had tried lots of self-help books but I always went back to feeling the same, I realized that the fact that the mind is a powerful piece of equipment, and I never really took any notice of the pictures I ran through my mind.  I couldn’t believe how confident I started to feel, I actually felt like I had grown two inches when I left.  I think one of the most amazing tools I walked away with was thinking about stepping into another person’s shoes, so seeing things from another angle.  I would like to add that Paula made me feel very relaxed and able to discuss my problems; she didn’t rush me and explained the process very well.  I continue to use the tools and would highly recommend NLP to anyone suffering with a negative mind, or struggling with life. 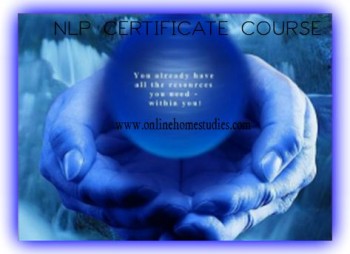 Details of treatment
Client is a 42 years old woman. She is wearing all black clothing. Sitting slouched, with arms and Legs crossed.

She seems shy and appears anxious. Her speech was soft but clear. Her breathing is Shallow. Facial expression sad. She is moderately overweight. I asked her to fill out a treatment Card. She stated she has been in therapy for few years to help with her depression. She stated she felt a little better but hasn’t really been satisfied with where she is in her life. She stated she felt that she needs to start focusing on her future. One of her friend told her she should work with a Life Coach. I described to her what a life coach was. She said that is what she has been looking for and Is willing to do whatever it takes to move forward. She is tired of the way she has been feeling.

I asked her what her goals were and to write them down on a piece of paper. I asked her what
Goal was her priority. She stated she was once a very good writer and wanted to start writing
Again. Some of her short stories had even been published. She had been told she was very
Talented and could become a successful author. She stated she got scared and stopped writing all together. She tried several times to start writing again but always stopped due to feeling Insecure. She stated she has a lot of ideas but can’t get herself to put them down on paper. She  feels frustrated and unsure of what to do.

I asked her to uncross her arms and legs, sit straight and to begin to breath deeply. After a few minutes she said she felt better.

We set a plan of actions for today,

step 1:
Organize her writing space, having everything she needs to write.

pick out an outfit to wear when writing,

sit and put something on paper today.

She was in a happier mood when she left.