Mystery of the Human Aura – Part 5

THE DAWN OF INTELLECT – Childrens Aura 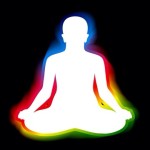 How to Read Auras

In Part 4 we discussed the childs aura in its first year.  In this part we will learn more about childrens auras as they develop and grow.

Now with the dawn of the intellect can be seen in the childrens aura of the child by the appearance of a faint yellow glow in the region of the head. At first it is no more than an ethereal cloud of palest lemon, into which rays of deeper yellow occasionally shoot as an effort at reasoning is made by the child. This radiation usually makes its appearance about the age of seven years, but in the case of a precocious child it might appear earlier. It is entirely associated with the thinking capacity. Those persons who have studied children and who understand them, will agree that very few children actually reason, to any extent, before the age of five to seven years. Up to that age the child acts by instinct and be imitation; later it learns by experience to weigh the results of its actions, desisting from some things because it can see a reason why those things should be avoided, whereas before it desisted because it was ordered to do so. The process of life up to the time of this change is entirely one of absorption. The child absorbs impressions, knowledge, likes and dislikes, food and air, in the same way as a sponge absorbs water. Once the process of absorption is complete, however, a new process takes place. Some of the food elements become active in the brain, and the child begins to think. The more he thinks, the more elements are used by the brain and the brighter becomes the radiation.

We know that the child who is forced to study for too long a time rapidly becomes thin and anaemic. The reason is simple, in that the elements of air, food and sunlight cannot be utilized for all purposes at once. If the child is using the brain and transmuting life force into intellect, it cannot at the same time use it for other necessary purposes, hence the necessity for a balanced curriculum in the life of every child. The development should be balanced between brain, instinct and emotion. It should be considered more necessary to produce and adult who is fully developed in every way, than to produce an adult who is the perfect product of a particular system and who conforms to a certain preconceived patter; who possess a certain knowledge of all the things which his forbears have decided necessary and which probably will never be useful to him in his ordinary life. You can learn more about this with our health and nutrition diploma course.

Identical with the appearance of this thinking radiation is the tendency of the child to develop egoity. There comes also a marked change in the manner of speech, which alters from the reflective to the personal. Thus the reflective personality, reflecting those around him, will say: “Johnny wants an apple,” but will now change to the personal, “I want an apple.” The process of the development of intellect brings to the child a sense of its own individuality and separateness from the world around, the process is so gradual that for long periods the reflective personality will be uppermost and parents are startled when the personal aspect suddenly shows itself be very definite demands.

Some children have this intellectual radiation more clearly marked than others. It is this type of child who becomes a “book-worm”; who avidly devours knowledge and becomes the man or woman of intellect. In the normal child, living n an ordinary environment, this yellow does not become so intense in colour as the red of the passional body or the blue of the health body. In the case of the mentally deficient child this radiation is practically non-existent, though it may be developed by careful training. The mentally deficient child, or adult, alternates between moods of rage and excessive affection, both of which belong to the passional nature. The reflective nature is still largely in operation in cases of this kind and can be observed from the imitative tendencies of the imbecile.

This intellectual radiation is also produced from the chemical matter circulated by the blood stream. We know that eggs, fish and milk are the best forms of food for the people who work with their brain; the general idea is that they are more easily digested, but they are also rich in phosphorus, proteins, and iron, which, when conveyed to the brain canals, obviously produce the correct reactions.

How Diet Affect our Aura

We all know the difficulty experienced after a heavy meal, when an air of heaviness weighs upon the mind and creative work becomes difficult, if not impossible. It is interesting, from the view-point of a clairvoyant, that after a heavy meal the radiation around the head is apt to grow a little dim, while the solar plexus activity increases as the food is digested and the voluntary nervous system does its work. This may explain why the best creative work is invariably produced at night or very early in the morning. Authors and musicians are noted for their burning of the midnight oil. It may be partially due to the quietness of the wold at that time, but is more likely to be due to the fact that meals have been digested and the whole energy of the body can be utilized by the brain.

In the case of creative workers the radiation around the head sometimes assumes a most wonderful luminosity, which extends its field of light around the head and shoulders, completely blotting out all other radiations in the area. In this field of light will flash other colours according to the type of thought the work produces in the mind of the artist. Thus, work of an uplifting nature, sure as the writing of a poem or the painting of a religious picture, will produce an intense but rather hard shade of orange or yellow. The musician, playing a work with genuine feeling and entering into the spirit of the composition, will show corresponding colours in the aura, thus a pink or blue for emotional music, green for soothing, pastoral bars, and deep purples, blues and golds for the grand music of Beethoven, Bach or Brahms.

It is this mental aura which betrays the true personality of a man or woman, for here is imprinted a record of the type of thought most frequently held in the mind. An intelligent observer can watch the red of lustful thoughts, the scarlet flash of anger, the yellow-green of jealousy flashing across the yellow field of the aura and betraying the ideas that lie behind the pleasant talk and polished manner of an acquaintance.

Another time one might sit in a church and watch the wonderful shades of mauve sweeping over the aura as a person is uplifted be something in the service which touches the heart; or one may see the blue of love as some lady sees the man of her hopes, or watch the irritable flashes of harsh yellow and red as another person criticizes the sermon, the choir or the neighbours.

It is interesting to note that types of thought which are held for any length of time tend to set up a permanent hint of colour in the aura, so that the pure yellow of intellect becomes dyed with reds, blues, greens and mauve’s of the pre- dominating thoughts, and we can tell, by this same vibration, that one person is of a generous disposition, another of an avaricious nature; one is spiritually inclined and another thinks of nothing but worldly success n connection with business.

The changes wrought by the psychologists, who work with the assumption that the thought deliberately held for any length of time in the mind will eventually affect the general character of an individual, is here again proved correct., for clairvoyant observation proves the power of thought to colour the auric field so thoroughly that it ceases to be yellow and will become bluish, if the thinker is of a devotional nature. Reddish-brown predominates in a sensual thinker, and slate-grey in a person continually in the habit of thinking in a depressed and hopeless manner.

Aura, chakra and Energy Courses plus Free courses in how to read Auras

To Clairvoyant vision the aura appears as a mass of palpitant colour which differs in colouring and size with each individual. It betrays with unerring accuracy the habits, thoughts and diseases of each person. The generous person has an expansive, softly coloured aura. The miser has a murky, contracted aura. The sensualist has a scarlet and crimson field of radiation; the business man, with no thought above worldly success, has an aura of orange tint. the devotee has one of the mauve or blue and the saint a dazzling mother-of-pearl light which radiates to a distance of several feet around him. The ordinary person, who is neither very good nor very bad, has an aura of medium size, radiating to a distance of about two feet and showing colouring that is sometimes radiant, sometimes murky, according to their mood.

How do the colours change from the triple foundation of childhood to the multiplicity of adulthood? In childhood the whole aura is volatile; one moment the head colour will be predominant and another the red of the passional nature. The whole nature of childhood is that of flux and change. The adult must of necessity become set in their habits and steady in their thoughts. He must control the changing moods and learn the art of concentration, by means of which the changing vibrations will become concentrated into certain areas and a bias be made in favour of a certain colour expressive of the predominating traits.

In the case of the business man, whose sold ambition is connected with the promotion of worldly interests, much of his vital power must of necessity become concentrated into the area of intellect. He is forced to use his mind to think, to plan, to weigh the consequences of every action, with the result that he will develop the head aura to such an extent that it will dominate the emotional aura, and the mixture of yellow and red will result in a bright shade of orange. The man or woman who will give their friendship or affection only if it appeals to their business instincts, will show a vibration similar to this. The aura of the miser is typical of his nature, in which all the natural instincts are concentrated into the one channel of greed, which is associated with the passional nature. Consequently the aura becomes a very small, hard in outline and harsh in colouring. Instead of the vibrations radiating freely around him, they are drawn into one focal centre. All faculties of the intellect are bent upon the passion of acquisition and in the course of time the yellow of the intellect becomes drawn into the red of the passional nature.

Get your free Aura course

In part 6 we will learn how Love can affect our auras.