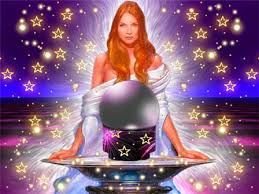 Psychic Case Study – submitted  by one our students.

During my childhood I had many profound experiences with an energy that was not visible to me. I had many dreams, often the same one over, and conversations on a daily basis until one day I realised that it wasn’t “normal”.
For a very long time I felt as though I wasn’t myself. I was very shy and withdrawn.
Not long after my first child was born I began having the same dreams I had had as a child. They were so vivid that I was shocked into paying attention. I began journaling my experiences and by the time I had finished writing I had lost hours and when I would read back over what I had written it was as if someone else had written it because it was so
unfamiliar to me. It was around this time that I started meditating daily and found such peace and contentment in my basic day to day life that I could almost feel my self-confidence returning and I was smiling from the inside more than ever before. Then circumstances in my life changed. 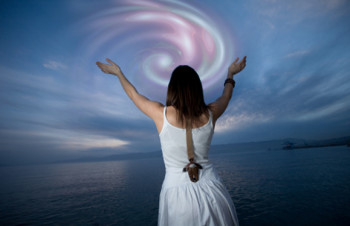 It was 6 years before I meditated again yet I have been far from consistent and so I
chose to undertake the Psychic & Spiritual Development Course and although it corporates many techniques and information that I already use and know, I feel it has validated for me the choices I have made along my journey.

Since reconnecting to that deeper part of myself I have been lucky enough to see the familiar energy that I often feel around me. I say ‘she’ because it feels feminine although I am sure she is in reality without gender. She always shows up high to my left. She radiates a spectrum of purples and pinks and is practically formless. I sense her most when I am feeling frustrated or a block in creativity. 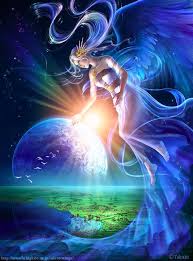 She brings with her a warmth and comfort that is relaxing, soothing and gentle. When she leaves I am always laughing at myself and able to see the beauty and perfection in the world around me and am able to take things less seriously. I have on occasion been with friends and friends of friends and had conversations or knowings of different things from past over spirits. These have always just kind of happened without any intention from my side and I am yet to attempt it this way. It usually starts with sensing a presence, and tingles or pressure on either side of my body. Then depending on what is trying to be communicated, I might feel sensations in other parts of my body, see colours, pictures or just ‘know’ something. I have tried to ignore these messages on a couple of occasions only to have the messenger return several times until the message was acknowledged. 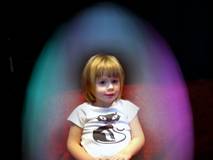 I have had success viewing auras of myself, my family, my pets and trees which was quite amazing to me and extremely beautiful. After that experience every colour seemed more vivid and alive. I have also used a crystal pendulum for healing and as a tool for finding answers.  My wrist was damaged several years ago and had since never had a full range of motion and I have always believed that physical pain and ailments are merely a symptom. I used a combination of the crystal, tap therapy and clear intention to remove the blockage in my wrist. It has been over three years now and my wrist is stronger and more flexible than ever. After having three children naturally I was told during my fourth pregnancy that I would have to have a cesarean due to a low lying placenta. From the first time I heard this it didn’t feel right and so I used my pendulum to determine if I was on the right track or not. After feeling assured that another natural birth was in my future I began prayer and meditation with the intention of moving the placenta and insisted on several scan along the way to check the progress. For months there was no change at all and then on the day I was scheduled to have the cesarean the obstetrician rang me to say that the placenta had shifted an amazing 6.5cm and I was able to have a natural birth. A Very happy day! I even predicted the the phone call, the day my pre labor started and the date of birth.

If you would like to learn to develop your psychic awareness then Luna Holsitics offers a fully accredited homestudy course in this subject. Enrol in Psychic Development Course 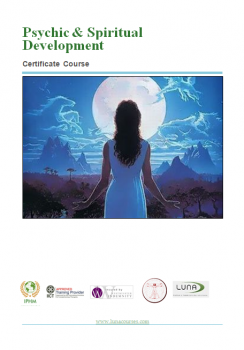