Self Employed Client and busy mum 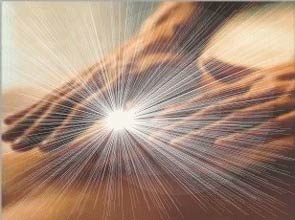 Client B is a 30 year old woman. She lives a busy lifestyle, working full-time self-employed as a hairdresser and living at home with her husband a 4 year old daughter.
Client B came to myself looking for a treatment which would help her relax, be able to switch her thoughts off and also help her sleep well at night. She has been having problems with all of these over the past 4 – 5 months and now feels very tired & run down. She has no other health concerns or ailments.

Client B came to my clinic on the 18/08/15. She came for her appointment in the evening in the hope that she would be able to return home & have a good night’s sleep. On arrival at the clinic I asked Client B to fill in a health & lifestyle questionnaire. I then sat down with her and discussed her current health & lifestyle choices. She explained that stress & insomnia are currently her major concerns and she would like a treatment that could help with these symptoms. On discussion of her treatment choices it was decided that reiki would be the best treatment for her to try.

Client B had never had reiki before, so I explained the full treatment process to her. I explained that she would remain fully clothed throughout her treatment and she would receive reiki healing through my hands being placed on different areas/energy zones on her body.

Prior to the treatment taking place I set up my treatment room – all surfaces and flooring were cleaned down & made free from any hazards to comply with health & safety regulations. Clean bed covers, towels & pillow cases were put on the bed, the room temperature was adjusted to a comfortable temperature and I also put some relaxing music on & aromatherapy oils in the oil burner to enhance the client’s relaxation experience. I am a fully qualified aromatherapist and choose oils which would suit the client’s health & well-being needs. I made up a blend of lavender, chamomile & geranium oils. This blend is good for sleep therapy as well as stress relief.

I started off by washing my hands thoroughly with soap and hot water – to maintain good hygiene as well as remove any toxins from my hands. I stood behind client B, and then took a minute to ground myself and used the kanji hand positions to ground and focus myself. I asked client B to close her eyes and relax. I then placed my hands on both of her shoulders and asked her to take 3 deep breaths whilst saying to myself ‘reiki on’. I also imagined myself and the client bathed in white light energy and asked for the outcome of her treatment to be turned over to her highest good, I also asked for healing & protection on all levels.

I then placed my hands on the first head position, leaving it there for 3 minutes. The second and third head positions generated a lot of heat and I left my hands in position here for 5 minutes each, as it was evident more healing was required. I then worked on each reiki position in order, spending at least 3 minutes on each. On working on her left knee I could feel a dull ache in my left arm, I kept my hand position on this area for 5 minutes as more healing was required.

Once all positions were completed on the front of her body I asked her to turn over (facing downwards on the bed) and worked all of the reiki positions on the back of her body. Once each position was completed I again placed my hands on the client’s shoulders and asked her to take 3 deep breaths. I asked client B to remain in her lying position for 5 minutes and then get herself up slowly. Client B was then offered another glass of water.

I asked client B if she felt anything from her reiki treatment – she could feel extreme heat coming from her head area when my hands were on the 2nd & 3rd hand positions. She could also see vivid purple, blue & green colours throughout her treatment (possibly due to chakra realignment). I explained to client B that I could also feel a lot of heat around her head area, which was good as her head area had hopefully received the healing energy it required. I also explained to her about the ache I could feel around her left knee. She then told me she had an old sporting injury on her left knee which occasionally caused her problems.

I advised the client to drink plenty of extra fluids for the rest of the day and tomorrow to rid her body of toxins and prevent dehydration. I recommended that she go home and relax and not do any strenuous tasks for the next 24 hours. She said she was going home to have a relaxing bath and get an early night’s sleep as she did feel quite tired. She also said she felt the most relaxed that she had done in many months. 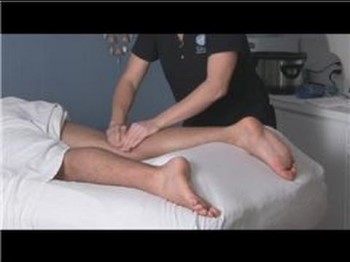 I started the treatment by completing a treatment card with the client and clarifying what she wanted to get from the treatment. Client suffers from anxiety and depression and asthma. Her chest has been very tight lately and she has been struggling with her breathing and very low mood. She is hoping the treatment can help to relieve some of this.

I asked Client to lie down on the couch and played some relaxing music for her. I asked her to close her eyes and take some deep breaths. I used the kanji 1 position to bring in spiritual energy and used a grounding technique at the same time. I used the cho ku rei symbol in the palms of my hands before beginning the treatment to help focus and increase the energy.

When working on Client I felt blockages in three of the chakras, the third eye, heart and solar plexus. These areas seemed to need more energy than the others, I feel that these areas would benefit from further treatments to work through these blockages. When working on the head I used the sei he ki symbol to help release negative energy from the aura and bring emotional balance to the client.

The throat chakra felt quite open and balanced and when working in this area the energy flowed freely but did not have the intense heat that some of the other areas had. I quickly moved onto other areas that did need the energy.

When working on the heart (the emotional centre) I drew the sei he ki symbol over the chakra and along with the sensation of heat I felt a huge shift in energy and the client felt like the area opened up and she described it as a release and uplifting feeling as if she felt much lighter. This is one of the areas that I spent longer working on and the client really felt the benefit. It was not surprising to find the heart chakra out of balance as the client has asthma and this is where lung problems would be indicated which also relate to depression.

When moving onto the solar plexus, the power point of the body I used the cho ku rei symbol

As I moved on through the treatment and worked on the diaphragm / rib cage and pelvis the shift in energy had changed. Again the change in temperature and sensation that I felt when working here was pushing me to move on when they had received the energy they needed.

The clients root chakra felt very strong and balanced as did the sacral chakra. I felt that the solar plexus chakra needed quite a lot of energy, there was an intense heat and tingling feeling in my hands.

When working on the shoulders, lower back and sacrum I felt the energy dissipate slightly in all three areas and an intuition to move onto other areas. Although I did treat this area I quickly moved on when I felt the energy was needed elsewhere.

Heart / shoulder blades, when working on this area the heat sensation was not as strong as when I worked on the heart on the front of the body but it was still warm and the energy was flowing freely.

Although it is said that each area in a treatment should be worked on for five minutes I found that there were a couple of areas that didn’t need it which was demonstrated when I felt the energy become still. When this happened I moved onto the next and spent more time on the areas that I felt needed the energy.

At the end of the treatment I advised the client to get up in her own time and not to rush, I provided her with a glass of water and then we talked about how she felt regarding the treatment.

Client feedback: Client said she felt more relaxed after the treatment and felt sleepy and calm. She said when the treatment was being done that the pain had reduced in her chest, it felt much lighter as she had been struggling with her asthma and her chest had been quite tight lately and she felt a hot sensation when she was being worked on in several areas. Client enjoyed the treatment and would like to have another one in a few weeks time as she is pleased with the results so far. She said that when working on the head positions it was like a fog clearing form her mind and she felt more peaceful.