Rune Stones – How to read them

What are Runes and How to Read them 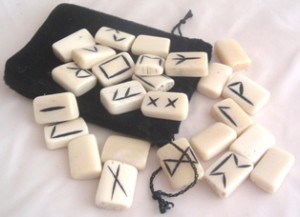 Runes are letters in a family of ancient alphabets known as runic alphabets. Runes were used as a method of communication across Scandinavia and in other Germanic nations from around the 3rd century CE to around the 13th century, when they were displaced by the Roman alphabet.

Thousands of examples of runic inscriptions can be found in stones, coins, and artwork, and many Scandinavian countries also boast extensive collections of runic manuscripts. Runes are also used by some people as a tool for divination, since these individuals believe that runes have mysterious powers.
The primary runic alphabet is often known as Futhark, in a reference to its first five letters. The runic alphabet was probably derived from the Etruscan alphabet which was once in wide use in Italy, and it characterized by angular characters, with no curves or soft edges like those found in the Roman alphabet. This is common to alphabets developed during this period, since they can be readily chiseled into stone.
The word `rune’ is derived from an Anglo-Saxon word which means “secret,” or `mystery’. Writing was widely held to be mysterious by many early European cultures, since it abstracted spoken language, turning it into symbols which could be read. The runes in a runic alphabet each represent individual sounds, and each rune also has a meaning; for example, fehu, the first rune in Futhark, makes an “F” sound and it also means “cattle.” 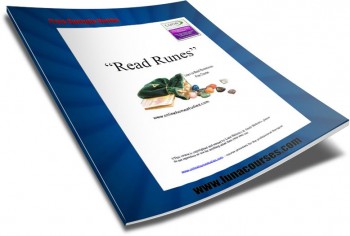 During the period when runes were used for writing, they were associated with mystery and magic as well as communication. Runic inscriptions were often added to garments, homes, and weapons to confer protection, for example. This mystery led to the displacement of runes as Christianity spread across these Germanic nations, since the Christians believed that runes were pagan. Fortunately, many extant examples of runic writing exist, for historians who want to learn more about pre-Christian culture in Europe.
Modern mystics use these stones for divination, much like tarot cards. These mystics draw runes from a set to answer questions or create spreads which are supposed to predict upcoming events. Each rune has a specific meaning in the context of divination, and the interpretation of runes can become quite complex, especially when a large number of runes is used in combination. People who choose to use runes for divination would do well to recall that the history of these arcane symbols is very complex and lengthy, and the practice of magic is only a small part of it. 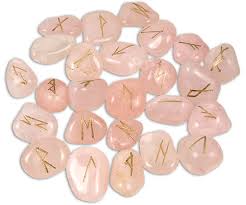