Try our free courses in Chakras, Runestones and Auras

With our free courses in chakras, runestones and auras you will learn that energy is everywhere. It permeates everything. Energy is what binds the universe. Our bodies are surging with this energy. Electrical impulses fire off in our brains and race through our nervous systems at the speed of light. The activity of our brain and nervous system creates a field of energy that surrounds our body much like the electromagnetic field that surrounds the Earth. This is known as our bioelectric field or aura. This energy field surrounds all living things including plants.

Have you ever been alone in a room and felt someone was looking at you? You didn’t hear anyone but just sensed something was there? You turned around and someone was! You’re sensing an aura! You’re feeling energy.

LEARN ABOUT THE 7 MAIN CHAKRAS 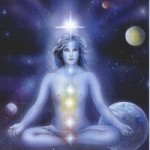 Chakra is a concept referring to wheel-like vortices which, according to traditional Indian medicine, are believed to exist in the surface of the etheric double of man. The Chakras are said to be “force centres” or whirls of energy permeating, from a point on the physical body, the layers of the subtle bodies in an ever-increasing fan-shaped formation (the fans make the shape of a love heart). Rotating vortices of subtle matter, they are considered the focal points for the reception and transmission of energies.  Seven major chakras or energy centres (also understood as wheels of light) are generally believed to exist, located within the subtle body.  Free Chakra Course

Learn to read the Rune Stones

The word “ rune “ actually mean’s mystery, magic, secret, or whisper. They are an ancient Germanic alphabet that has been dated back to the 3rd century.  It is thought that they were first used for divination purposes and later for writing and record keeping.

Legend has it that Odin, the Norse High God of the Aesir, hung from the world tree (Yggdrasil), impaled on his own spear for nine days and nights in order to gain the knowledge of runes.  When the runes appeared below him, he reached down and picked them up, and the runic knowledge gave him power. He later passed on this knowledge to the Vanir goddess Freya. She in turn taught him the magic of Seidr. Heimdall the god who guarded the Rainbow Bridge taught the Runes to mankind.

We specialise in teaching holistic therapys in a simple and straightforward way so that you can be sure to understand your chosen subject. Courses in hopi ear candling, color therapy, angel healing, crystal and reiki healing, plus palmistry and tarot are just a few of our subjects. You can start a new career as a fully qualified and accredited holistic practitioner.  Visit our website for details of over 20 holistic and alternative therapy courses – Luna Holistics

All courses offer qualified diploma and certificate on completion and are recognised by the IPHM – IICT and AADP.