To offer this colour treatment – Before the client arrived I prepared the room for the colour treatment. Firstly I opened all windows for around an hour to let fresh air & sunlight in to allow the cleansing solar and air prana to flood the room. Second, I imagined violet electric beams projecting from my palm focusing on my crown chakra. I flooded the room with the electric violet beams to flush out all the negativity into the earth. I continued this process until I felt that the energy in the room was lighter. Thirdly, I burnt sandalwood incense to cleanse the room. I chose sandalwood as it contains green prana, this will relieve any nervousness & anxiety my client may feel upon entering the room. Green also offers a sense of renewal and harmony which is most important for the treatment. The room was decorated with pots of green herbs, a peace lilly and Yellow/Orange flowers were used to fill the room with optimism, joy and love.

I prepared the tools I would be using for the session which consisted of crystals that had been cleansed and programmed for healing & harmony. A printout of a colour breathing exercise that the client would take home and refer to for daily meditation. Coloured cards to represent all 7 colours of the spectrum and a mandala drawing. An essential oil to balance each chakra were also readily available for me to use on the client. I chose to wear a soft yellow colour dress for the treatment. I had some instrumental meditation music playing softly in the background.

When the client arrived I had a brief friendly conversation with him to help make him at ease before asking a treatment card to be filled out. I then explained to him that I would ask him to participate in a few exercises that would help me determine his current physical & mental well-being before starting the treatment. I also discussed what he wanted to achieve from this treatment and also asked him to talk about his current work, lifestyle and diet. From these discussions I had learnt he was going through a big transformation. He had made a recent decision of choosing to stop his career as an insurance broker and continue his passion for yoga. He had been through a divorce 3 years ago which had thrown him into depression which led to frequent counselling sessions for 6 months. His dad had also passed away just before his divorce and wished he had spent more time with him and had also not yet shed a tear. Two years ago he had an osteotamy on his knee which meant 3 months on crutches and a lot of isolation at home. I asked if he had had any other operations and he mentioned a left nasal passage operation to improve his breathing. He also told me about how he felt over stimulated at night and had trouble falling asleep. 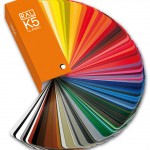 I asked him to pick three colours from the coloured cards, I explained to him to pick what he was drawn to most then a second then a third. I also asked if there were any colours he disliked and colours he likes. After this I placed a packet of crayons next to him that represented all colours of the spectrum with a drawing of a mandala and asked him to colour in the mandala. Whilst he completed this I made some notes on the treatment card. I then did a birthday colour reading.

I started to gather the information & talked him through what I was collating. The first coloured card chosen was Indigo, second Yellow and third chosen was Red. The mandala was coloured in using predominantly Blue, Yellow and Red with a small amount of Orange. His birth colour number was two (Orange).

I noticed the colour Blue was recurring a lot. I asked if he had any throat problems which he then proceeded to tell me had trouble with phlegm & felt he always had a build up of catarrh. It was becoming more paramount that his throat chakra was very blocked.

I explained to him that I would like to do a series of treatments which consisted of using crystals to clear his blocked energy centres and also some colour meditation exercises.
I asked him to lay down on the treatment table on his back facing upwards. I placed a white sheet over his body and asked him to close his eyes. I placed the rose quartz between his legs pointing upwards and the clear quartz above his crown chakra pointing down. I placed my hands over his head and connected with the forces of light and asked them to bring balance & harmony to the client. I cleared away the blocked energy with sweeping movements starting from his feet and brushed up the energy to towards the crown chakra.
I then placed a corresponding gemstone on each of the chakras. Bloodstone for the root chakra, Carnelian for the sacral chakra, citrine for solar plexus, emerald for the heart, blue topaz for the throat, amethyst for the third eye and Sapphire for the crown chakra.

I asked the client to relax and breathe deeply. I allowed 10 minutes before I proceeded to balance the chakras with the palms of my hands. During the 10 minutes I wrote down some feedback he could take home and refer to.
None of the gemstones fell off the client. After, I used a crystal that pointed downwards and sealed the aura with a figure eight starting at the throat chakra towards the head then back down to the feet and ending at the throat. This was repeated 7 times. Next I cleared any sticky energy from the head with sweeping movements and brushed up the energy from the feet. With my palms above his head I gave thanks for all received and left the client to relax for a few minutes.

Next I placed a Blue silk scarf around his body and took him through a colour breathing meditation. I placed some lemon eucalyptus essential oil on my finger and placed my hand under his nose and asked him to take a deep breath in. I then placed a little essential oil on his throat and chest so he could continue to breathe in the scent. This was to open up and help clear his blocked throat chakra. 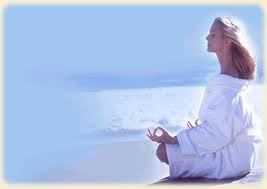 I talked him through a colour meditation, starting with colour red. I asked him to fill his diaghram with air while focusing on the colour and slowly exhale, sending the colour throughout his body. We did this four times each with all seven chakras, resting in between so he could note how the colour was affecting him. I also added in a short positive colour affirmation for each chakra asking him to repeat the sentence back to me.

When the meditation was finished I asked him to let his breathe come naturally. I left him to relax for 5 minutes, whilst I brewed a cup of tea. I then quietly told him to slowly open his eyes and sit up when he felt he was ready. I then offered him the chamomile tea and we had a discussion about how he felt. He said he felt light and his breathing quality had improved. He felt a sense of renewal and peace.

I then gave him some feedback of what I had examined. I told him that his throat chakra was severally blocked and the exercises I used were to balance this. I explained to him the meaning behind the colours that he chose at the beginning of the treatment. For the card selection I explained to him that the first colour chosen (BLUE) was the energy he was using right at this present time which was related to communication, we discussed the concerns of him having difficulties expressing himself and feeling of wanting to be heard and how he had a sense of fear and felt anxious and felt a loss of status and sense of failure. This could all be related to past events. The second colour Yellow indicated the area of challenge now facing him, as he was going through a very transformational period we related this chosen colour to him feeling fear and feeling a lack of power and confusion with where he was in his life and whether of not he had made the right decisions. The third colour Red was indicating what energies are coming in and which he should work with in order to meet his challenges. This could be why he was feeling anxious and over stimulated as the red has a very strong energy and encourages action and confidence, he needs to work with this red energy to protect him from his fears.

I explained to him that Red is complimentary to Blue. I also explained that his birth colour number was Orange which he used in colouring the mandala, Indigo is complimentary to Orange. He disliked the colours Pink and Purple which I explained meant he could be avoiding close relationships, he was feeling very sensitive and self-critical and lacked confidence.

I told him that now we had assessed the areas of his life that needed working on, we needed to bring the body, mind and spirit back into balance. I explained that he needed to invite more Yellow and Orange into his life. Yellow to aid communication and wisdom and Orange for love, relationships, warmth and joy. I explained and wrote down the different ways he could use these colours. Clothing and diet were essential. I told him that orange can be used to free his problem of phlegm from the system. Eg, Orange and ginger juice every day to break down the mucus. Other Yellow and Orange ray foods would benefit his all around health. Blue/Green ray foods should be eaten at night to help with his sleep and Red should be avoided after 6pm to help ease his over stimulated nervous system.
Herbs should also be introduced daily, chamomile tea or mint tea has a cooling and soothing effect and would help clear his throat chakra.

I explained how important it was to keep all seven chakras in balance so I gave him a printout of a colour breathing exercise to refer to and repeat everyday in the morning.
Sage should also be burnt everyday to open up channels in the upper body and help ease depression. Client offered a glass of water after treatment to help eliminate any toxic build up.

Learning colour therapy also known as chromotherapy is an ideal treatment to offer clients in need of more balance and harmony in their lives. Our Accredited Training Courses in Colour Therapy will offer you the opportunity to study in the comfort of your own home and offers a fully accredited certified diploma on completion that will enable you to work with colour either just for your own benefit or as a professional Colour Therapist. – Courses in Colour