How to use NLP when offering counselling 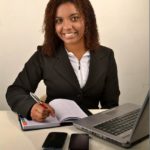 When the client walked into the office for an nlp counselling session.  I greeted her and welcomed her into the room. She immediately walked over to the golden mandala tapestry on my wall and complimented it. She said she would love to have something like this in her home.  We spent a few minutes talking about mandalas, spirituality, and home décor. After several minutes of rapport building, we were in a good flow and the energy felt lighter than when she walked in the room.

Next, I offered her some water as she filled out the intake form. I noticed that she was shaking her foot anxiously as she was writing. She was biting the sides of her nails while she would read some of the questions. Once she finished, she handed me the form and I smiled at her.

I set aside the form and asked her to take 3 deep breaths with me. She asked me if she should close her eyes, and I responded to her that she could do it however she feels most comfortable.As we took our first breath, I prompted her to feel her breath fill up her lungs and to bring her breath down to her belly, letting it fully expand. Then, release the air with the thought of releasing any stress or anxiety of the day. At the end of the third breath, she opened her eyes and smiled, saying “That was good.” We laughed, and I asked how she was feeling and what she was hoping to get out of the session.

She explained that she was feeling “stuck” and “not really going anywhere in life” and that she needed to change because she was getting older and felt embarrassed at her situation. She explained that she was not currently working or going to school. She said that she quit any job that she has had in the past or “sabotages” any jobs she may get. She said that she has gone 8 months without actively looking for a job, even though she still lives at home with her parents and her three year old son.

She said she felt ashamed because her friends are “moving on” with their lives (having children, buying homes and cars, going on vacations) while she is “stuck.” She said she doesn’t “fit in” with her old friends nor does she fit in with the mothers at her son’s school because she still lives at home and does not work. She explained that she felt like the jobs she had were “useless” and not “important.”

I asked her what she understood an “important job” to be. She said that she used to be a math tutor in college, but she got pregnant right after she graduated and stopped working. She explained that she can’t work at the university anymore because she is not a student. Then, she said that she needs to be available to drop off her toddler at 8:30am and pick him up at 3pm from school, so that finding a job that fits her schedule is difficult.

Finding out what client actually wants

I directed her to create a well-formulated outcome by asking her “What do you want?” She began saying that she wanted to be happy, and feel like she was “helping people.” She expressed concern about being away from her son. Then said she didn’t want to have a regular 9-5 job as a secretary or have to work night shifts as a “waitress.” I nodded trying to demonstrate that I understand her point of view. Then, I suggested that she focus on what she wants, rather than what she didn’t want. I explained that if she is focusing on what she doesn’t want that she can create more problems without meaning to. By focusing on what you do want, then you can move towards it easily, with less distractions. I asked her to fold a paper in half and write what she wanted on left side. Below are a few examples of what she wrote:

I congratulated her for being able to identify these and told her we were going to take it a step further. Then I asked her expand on these items she listed. I asked her to explain what “be happy” looks like to her. She said that she wants to smile and laugh more often, yell less at her son and spend quality time with him, and “just feel free.”

Discussing how to obtain her wishes

I wrote these three things she said down on a white board I have in my office. Then, I asked her to expand on all three of these subcategories. First, we addressed her desire to smile and laugh more often. She said that from the moment she wakes up in the morning, she is in a bad mood because she is already stressed for the day. I asked her if there was anything she could do to incorporate more laughter, like reading one joke each morning or do laughing yoga. She liked the idea of laughing yoga, which translated into the next section about her son.

She desires to spend quality time with her son, and be present. Laughing yoga is a technique she and her son can do together which brings them both fully into the present, lets them laugh and be silly together, and calms them at the same time by satisfying both of their needs to feel connected to each other. Next, I asked her what “feeling free” looks like to her.

She said she wants to have free time to do hobbies she enjoys, such as bracelet making, and to “not worry about what her family and friends think of her.” I asked her to phrase it in the positive, as in what she wants, rather than what she doesn’t want. She laughed and said she never noticed how much she focuses on what she doesn’t want. After some conversation, she was able to identify that her desire is to feel confident in herself and be more present and aware of her own feelings rather than to focus so much of her attention on everyone else. She identified herself as being “timid, anxious, doubtful and stressed.”

I asked her what she thought she could do when she is feeling anxious around people and timid. She wasn’t sure so I gave her the example of standing tall being a way to change your state’s physiology. She quickly said that people have always told her to look up more, so she said she would try that next time. Then, she added that she could maintain eye contact, because she normally looks off to the side. She explained that she feels best when she takes bubble baths at home and can relax. After some conversation about this, I discovered that she puts lavender candles in the bathroom and uses lavender scented bubble bath. I acknowledged that she could potentially use the lavender scent which she associates with relaxing, into situations that could have triggers (lavender body cream that will allow her sense of smell to calm her as an anchor.  Or a little pouch of dried lavender in her purse).

We continued the process for each of the items on her list. In regards to her job, she decided that she would enjoy working as a child care provider/babysitter while her son is at school, and possibly even offer after care services in order for her to generate income and allow the opportunity for her son to have extra play-time with other children. She also mentioned that she would like to tutor math again, even if not at the university. In regards to being a good mother, she identified that to her, this looks like spending time being fully present and engaging her son in a calm manner. Next, she wrote out her goals in a clear and affirmative manner and compared them to her original list on the left side of the paper.

Then I asked her to imagine in as much sensory detail as possible what she thinks it will feel like when she accomplishes all of this. After she did, I asked her if she wanted to write it down so she can re-visit the feelings of this goal whenever she felt she needed to. She liked the idea and wrote out her visualization. She even drew a picture at the bottom of herself with her arms out to each side with her son next to her, and little snowflakes falling from the sky.

Due to the fact that her outcomes were still large, we then worked them out into more attainable goals, such as dedicating time in the morning to connect with her son, connecting with the mothers at her son’s school to have play-dates and offer care, and several more. (She kept the paper listing her outcomes, and these are all I can recall clearly.)

Session coming to an end

Towards the end of the session, she was sitting up straight and talking to me confidently about her plans, so I told her that I noticed she had changed her state, and reassured her that she IS capable and can achieve this. I encouraged her to try to transfer this state of confidence to any future states where she may be feeling less than. I asked her what is one small thing she can do in the next 24 hours to start the process. She said she would create a math tutoring advertisement to put up in Starbucks, and take her son to the park for some bonding time.

I encouraged her to be aware of the way she is thinking and speaking, making sure to state things in the positive, instead of focusing on what she doesn’t want. Taking three deep breaths to focus and ease some stress. And to break things down into simpler more specific goals so that she can move forward, even if she feels it is a “baby step.” I emphasized viewing things through different perspectives, so rather than viewing life through the lens of others (what they think of you, if they approve of your outfit, etc.), try to expand your level of awareness of different perspectives. Try to be present in YOUR own body, feeling your emotions, and honoring them.

I’ve been to therapy before and it never really worked out but this was so different so I feel a positive outlook like I can actually get better and really do it this time. Aileen was really friendly and sweet and made me feel really comfortable. Her office feels very relaxing and like home. I feel like a weight is off my shoulders and it was just so amazing. I feel like I have the tools to achieve what I want and I couldn’t even get that in therapy. Its super helpful to walk out with my own ideas and these cute little papers that I am going to put up in my room to remind me of my goals and keep me motivated. It felt like I was getting to know myself with her there which sounds totally crazy but it felt so good to learn about myself and have her listen and pay attention and not judge me. I just feel amazing.