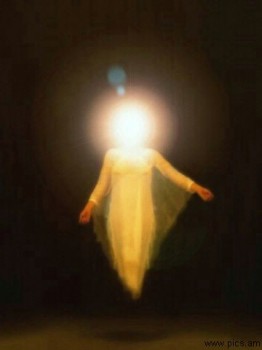 Mediums and how they work

In part 10 we discussed how mediums  work and in this final part we will look further into this subject and how mediums offer displays of levitation, ectoplasm and independent voices.

There are many misconceptions concerning the power of the supernatural world over the mediums of this world, but in each and every case psychic phenomena are either projected through the aura or produced in conjunction with the emanations of the aura. thus in trance mediumship, as it is invariably called, the spirit entities are able to paralyze the functions of the worldly intellect and superimpose over it their own ideas, mannerisms and personalities in such a way that we see; not the medium, but another personality speaking with the mediums voice and moving the mediums limbs. A medium can be use in this way for the transmission either of teaching, writing, painting, inspiration or proof of continued identity after death.

Many and wonderful are the manifestations that can be produced, but we must not expect impossibilities. We have to realize that the supernal world is different, in a vibratory sense to t his world, and if we want signs of the presence of discarnate beings we must be willing to co-operate by developing the better side of our nature, from which will spring a sensitive aura that will encourage, not repel, the loved ones who wait to guide and guard us. Similarly we must not expect impossibilities of our mediums when we go to them for help, for our aura will aid the manifestations, or mar them. The aura of the medium is super-sensitive, not only to the vibrations of the supernatural world, but also to those of this world. If we go to a medium who is known or has a good reputation  to be in touch with the “other-side” and we come away disappointed, we should invariably blame ourselves for the disappointment. It is we who have failed, not the medium, nor the spirit world.

Another type of wonderful phenomena is classified under the broad heading of physical phenomena. This includes materialization, independent voice and levitation, phenomenon though which the spirit world attunes itself to this world and makes itself known in language which we cannot fail to understand. By means of the substance known as ectoplasm, or discarnate friend, relative or guide which can clothe himself or herself in a temporary garment out of which he can build a body which appears as warm, as solid, as individualistic as the one he possessed upon earth. Any person who has met a loved one at a materialization seance, who has touched that same one, spoken to and heard the reply of that same one, can never again doubt that human personality survives the change called death; the change that in reality, leads to Life abundant, progressive and supernal.  (please note that this type of mediumship was quite common in the 50’s and 60,s)

This same ectoplasm can be built into an artificial larynx, by means of which the spirit entities can speak in voices audible to all. It can be formed into hands that may caress us, or levitate articles in the room about us, or transport objects from one place to another, with a view to proving that they are intelligent beings, an not mere blind forces acting in a manner contrary to the known laws of nature. 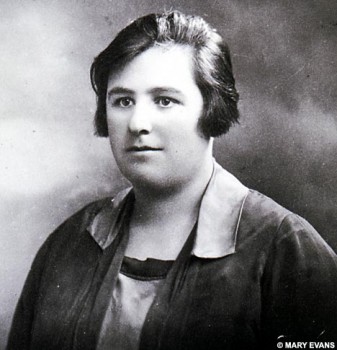 Witch? Helen Duncan, pictured in a portrait from 1931, was jailed for nine months in 1944 under the Witchcraft Act of 1735

Helen suffered from many illnesses, but she also enjoyed  a hearty meal before every seance that took place and the author (Ursula Roberts) holds the theory that the food, in view of the abnormal health condition creates cerain chemical substances which the spirit guides are able to withdraw by action through the aura, transmuting them into ectoplasm.

In one of the most bizarre acts of the Second World War, Mrs Duncan was accused of leaking military secrets – and became the last woman jailed as a witch in the UK.

What is Ectoplasm made of?

The following analysis of ectoplasm was made by Baron Schrenck Notzing. His book, Phenomena of Materialisation, is one of the most informative on this subject of ectoplasmic substance. Under the heading of Microscopic examination, he gave this description;  “Numerous skin discs; some sputum-like bodies; numerous granulates of the mucous membrane;  numerous minute particles of flesh, traces of ‘Sulphozynasurem’ potash. The dried residue weighed 8.60 gr.per litre. Three grs. of ash. ” This researcher was able to detach a small piece of ectoplasm, with the permission of the controlling guide, and this was the analysis: ” Colourless, slightly cloudy, fluid (not thready), no smell, traces of cel detritus and sputum. Deposit, whiteish. Reaction, slightly alkaline.”

After the seance, be it materialization,  voice or levitation, the ectoplasm is reabsorbed by the medium, who is invariably very hungry, or in need of some stimulant such as tea, or tobacco. The fact that some mediums need such a stimulant, when they have apparently been in a trance or coma, proves that a physical, as well as an auric, power has been used.

No doubt, as time goes on, we shall learn more of the laws appertaining to these things. The writer does not claim to be an authority on the way in which psychic phenomenon are produced, but submits these few remarks and observations, in all humility, to those people whom may know even less, and who desire to know more.  Unto all such people I would say: “Salutations to you as you stand on the threshold of the unknown! Go forward, and time will reveal many wonders, not only in the outer world, but also n your own self!

All the teachings I have offered has come from such seances and can be summed up in the words “Onward and Upward”. Set your eyes on the stars of the great ones who have gone before and whose love now draws you up and on in the desire TO KNOW MORE, and whose counsel is always Service! Service! and again Service to God, to humanity, to the spirit world, for all are one and the same now.  By loving service we expand our hearts, minds and auras. We transmute the base metals of earthly possessions into the fire of heavenly light. We build ourselves an auric body of power and splendor in which we may later function to the fullness of our capacity, for when we cast off the physical body we shall find ourselves in a spirit body composed of the elements drawn from this same aura, and the light that illumines it will be neither hidden or darkened: but if the light is absent, then it can only be created by long years of service on the spirit planes of Being. Now is our opportunity! Now is our chance, so let us all serve and love and learn, in the hope that we may play our part in creating heaven upon earth!

As stated in part 1 I have posted this article so that her wise words and wisdom would not be lost. If you wish to learn more about auras and chakras or psychic development then please visit our website as we have a number of courses that you can study from home and that you may find of interest.